Lasizwe Dambuza accused of ‘trying to be straight’

The media personality has never been shy to talk about his sexuality and enjoys taking shots at heterosexual relationships. 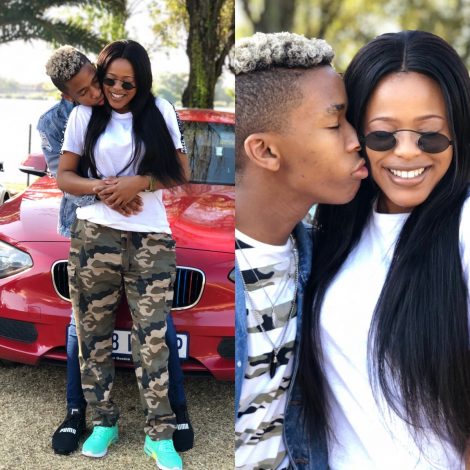 Lasizwe Dambuza is in the firing line once again but this time it can be argued that he’s done nothing wrong; unless taking pictures with Natasha Thahane is some kind of crime

The popular presenter and comedian has been posing for pictures with his bestie Natasha Thahane in recent weeks, and most fans would have understood that some of his comments were said in jest.

For instance, in one particularly cosy snap, the openly gay entertainer described Natasha as “the girlfriend”, while in another picture he claimed that he was hanging out with “bae” at Kwesta’s 3-Day Spring Break festival.

However, these comments drew negative attention from a few trolls. One provocative tweep went so far as to question Lasizwe’s sexuality by asking: “Why is Lasizwe trying to be straight?”

This isn’t the first time Lasizwe’s pictures have had Twitter confused.

A few days before he posed with Natasha, the Touch HD presenter posed with another female friend whom he also labelled as his “bae”.

Haaaa I thought u were gay

Lasizwe has never been shy to talk about his sexuality, but from time to time, he does enjoy taking shots at heterosexual relationships in a tongue-in-cheek manner.

I think I'm going to be straight and experience how it feels to be with a woman ????

Imagine if I was straight ???????? pic.twitter.com/obQYbIEIfi