Mbatha has also apologised to her fans for failing to tell Mafokate to 'f*** off' when he asked to take a picture with her. 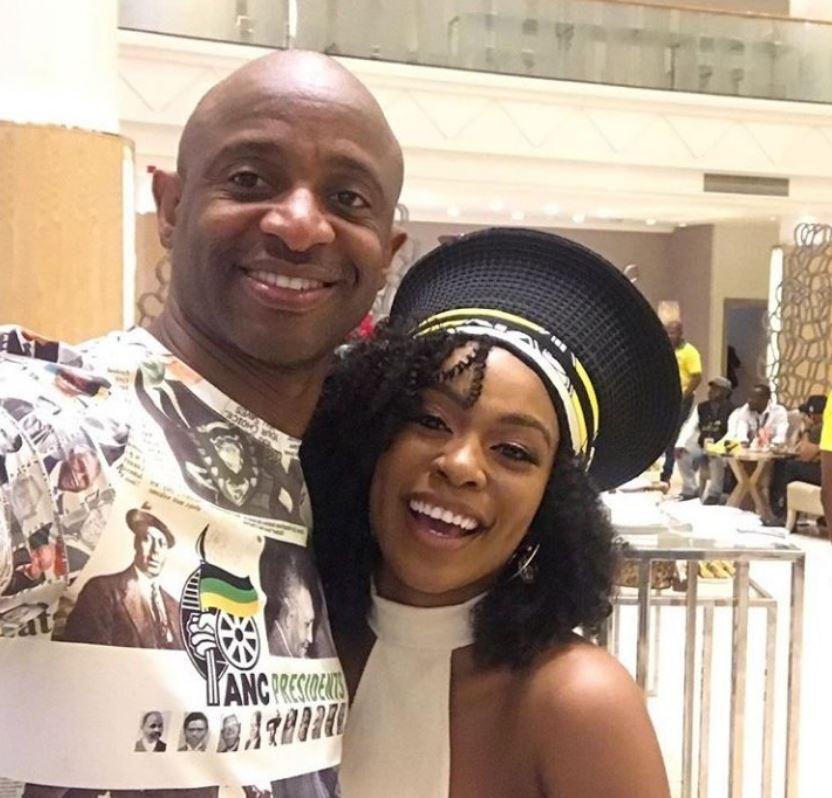 The African National Congress apologised to Nomzamo Mbatha for musician Arthur Mafokate’s conduct at its Manifesto Launch rally at the Moses Mabhida stadium in KwaZulu-Natal on Saturday.

The ANC alleged that Mafokate stormed the stage uninvited and caused “undue mayhem”.

“We apologise to Nomzamo Mbatha for any offence this despicable conduct may have caused in the execution of her duties as a programme director. We have full confidence in her activism against gender-based violence,” said the party.

But South Africans were not having any of it, questioning why Mafokate was invited to the event in the first place.

In a bizarre turn of events, Mbatha also had to apologise to her followers on social media on Sunday for a picture of her and Mafokate that was circulating on social media.

Twitter user Nonhle Shandu took to social media to voice their disappointment at Mbatha for taking a picture with Mafokate, who has been accused of assaulting his ex-girlfriend Cici.

Mbatha was highly criticised on social media, with most questioning how an activist could take a picture with such a man.

Mbatha apologised to her followers and said she “absent-mindedly [sic]” posed for the picture after Mafokate asked for it. She apologised for failing to tell Mafokate to “fuck off”.

“I’m cringing with you. I was walking past, post the concert and looking for my manager when he greeted and whipped out his phone for a picture. Being polite I absent ‘mindedly’ obliged I’m definitely not a fan and I’m sorry I wasn’t present enough to say “F*** OFF, no thanks.

I’m cringing with you.

I was walking past, post the concert and looking for my manager when he greeted and whipped out his phone for a picture. Being polite I absent ‘mindedly’ obliged
I’m definitely not a fan and I’m sorry I wasn’t present enough to say “FUCK OFF, no thanks.”

“Had I not been in my head about finding my manager and our car to leave, and genuinely exhausted from a 13 hour day, I would’ve had better judgment about the kind of situation I had been ambushed into,” she said.

“I’m definitely not sitting and having a meal. Nor a drink. Nor any quality time. This is the smile you’ll get even if I’m dog-tired or annoyed. Unfortunately a picture will never have a true representation of what was happening in the moment.”

Mafokate took to social media to apologise and asked South Africans not to blame Mbatha for taking a picture with him. He said he only asked for a picture with her as a celebration of the woman she is.

“Further [sic] the weekend events that took place at the Hilton Hotel after the Manifesto Launch, and the picture that is doing the rounds on social media. I would like to urge my fellow South Africans to please not blame Nomzamo Mbatha for that. To me it was just a picture in celebrating the woman of stature she is that I look up to. To Nomzamo Mbatha I profusely apologise that you have to go through all this,” he said.