I’ve been struggling during the pandemic – Sho Madjozi

The award-winning Tsonga rapper opens up about how she struggled with staying home during lockdown, and teases her plans for the future. Sho Madjozi has partnered with TikTok and released a new song to launch their latest campaign called #SpiritsUp.

The campaign aims to spread some positivity and encourage South Africans to keep their spirits up during this challenging time.

The catchy single is titled Spirits Up and is accompanied by a music video that everyone can get down to.

“We are trying to encourage people to keep their hope alive and remain optimistic through a dance challenge. This type of challenge perfectly aligns with TikTok’s mission to inspire creativity and bring joy,” said Boniswa Sidwaba, TikTok content operations manager for Africa​.

“We’re excited to see what kind of creative expressions our users will create as part of the #SpiritsUp campaign to the tune of Sho Madjozi’s latest single,” she added.

We spoke to the award-winning rapper to find out more about the new song, her BET nomination and how her life has been affected by lockdown.

Why did you decide to get involved in the campaign?

TikTok wanted to spread positivity and a good message, and I really wanted to create something that would encourage people to keep going during this time. My worry is that while the pandemic seems to be ramping up in South Africa, people’s energy is going down.

So we recorded a song called Spirits Up. We did a dance challenge and then shot a video.

What was the reason behind creating the dance challenge?

From the beginning, we wanted to incorporate a dance challenge. I love collaborating, it’s way more fun and makes me feel very inspired.

One of the things we wanted to do was get people to be more active during this time. Because you’re at home and might forget that your body still needs to be kept fit. So why not create a song that’s fun and also has a dance challenge, which is quite active? It’s a way of us getting people to do a bit of exercise.

Where did you draw inspiration from for the song and video?

My lyrics and the video comes from the fact that I’ve been writing down some lines in my notes to get me through the day and keep me motivated.

When I was working on the song, I looked at those and added them on. The video idea shows an energetic and positive version of me trying to convince the negative side of me to keep going and keep my spirits up.

How have you been feeling during the pandemic?

I have been up and down. There were times when I thought it’s completely against my lifestyle and the life I built for myself; staying home didn’t feel natural. And there were times when I struggled and realised that other people might also be struggling, so I figured out a way to keep my spirits up.

I create certain mantras for myself to keep positive and I fed some of those into Spirits Up – hopefully it will help others. 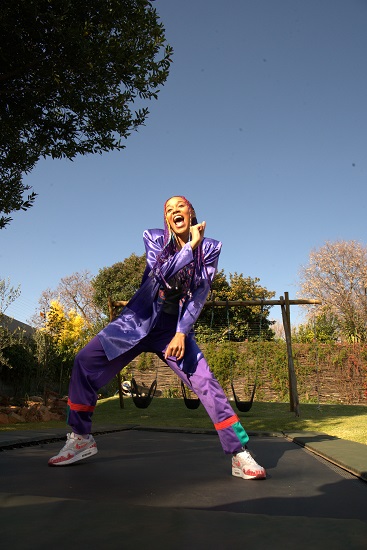 Any words of encouragement for people who are struggling during this time?

Take this time to prepare and get ready for whatever you what to do next. I don’t think we’re ever going to have so much time off.

So instead of saying how horrible it is that you’re not doing anything at the moment, use it as a time to strategise. If you want to be fit or improve something, then take the time to do it.

How do you think the pandemic will affect the music industry?

We don’t know exactly what it’s going to do, no one knows what the outcome will be. We’re just going with it and the more this keeps going, the more you see new ideas and new modes of engaging with fans.

I don’t know how it’s going to change the music industry, but I’m inspired and excited to carve these new ways.

How do you feel about being nominated for a BET Award?

When I think about it, it actually leaves me in awe, that. I had a really good year with the John Cena phenomenon and my recent collaboration with Stormzy. I hope that my work in the past year will speak for itself. 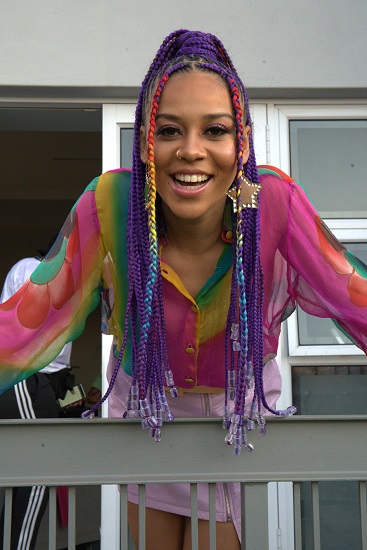 When will you be releasing a new single or album?

Definitely this year, but I’m still planning to announce my new record label situation. With the new team, we have to figure out how we’re going to launch this.

It’s going to become a different phase of Sho Madjozi. Everything you have seen from the beginning has been me and my tiny team, so now things are going to be different – hopefully bigger and better.

If you could collaborate with any international artist who would it be?

All my dreams are coming true. I really wanted to do something with Stormzy because I love the UK grime culture and I was able to do that. It’s tricky to answer, but I like Doja Cat and Lizzo.