Singer wants South Africans to know that they can have access to any public figures - even ministers. 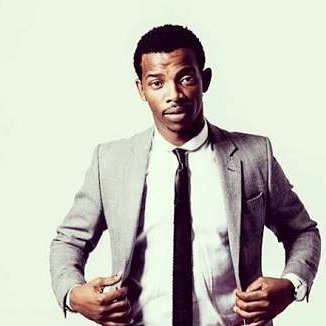 In what began as what seemed like a bit of a gag, singer Zakes Bantwini asked Twitter followers to connect him with Finance Minister Tito Mboweni because he wanted to discuss what he defined as matters of public interest.

For a few days, it appeared as though the minister was ignoring the muso, he was actively tagged to messages with the request and not responding.

Of course this meeting is of public interest #TitoMeetZakes https://t.co/yxQ7eVQGSw

There are many special moments in Makgobaskloof: Minister Trevor Manuel and Maria Ramos paid me a visit. nice. We discuss everything. Then journalists visit and they get nothing from me. Then people of all ages approach to greet. Nice. But no mask no greeting! Health protocols.

Bantwini refused to accept the silence and created the hashtag “Tito meets Zakes” and went on to highlight that he had been trying to get a 15-minute meeting with Mboweni, and stated: “Day 3, still asking for a 15 min meeting with you sir. I know, I’m not Trevor nor Maria and have no political connection or an influential elder for that matter. I’m Zakhele who was ignored by the apartheid system asking you not to ignore me and 15 minutes is all I ask sir”.  The message appeared to fall on deaf ears.

Fans were not taking the silence lying down either and they promoted the hashtag and petitioned for Bantwini to get his 15 minutes.

It seems his persistence paid off and he has been granted his meeting for Saturday. Bantwini tweeted: “Thank you very much, sir, I’ll see you next week Saturday #TitoMeetZakes.”

To which the minister responded “@ZakesBantwiniSA. You are most welcome here on the misty mountain of Makgobaskloof. Bring warm clothes. Next Saturday. #zakesBantwinimeetsTitoMboweni.”

The musician and DJ commented that the purpose of the meeting was to address issues pertaining to youth unemployment, debt and the adverse effects of Covid-19. Speaking to TimesLive, Bantwini said that people had been calling out celebrities for their silence on burning issues not understanding that they too can take a stand.

Thank you very much sir, I’ll see you next week Saturday ???? #TitoMeetZakes https://t.co/2cMZu5y6MS

He also touched on the issues of black tax and the socio-economic factors. He said some are unable to be fully productive at work because of travelling long distances to their workplaces.

Bantwini has promised to share the full outcome of the meeting with the finance minister on his social media platforms.