Open, virtual casting calls allow production houses to tap into talent they otherwise may not have been exposed to, while limiting the potential spread of Covid-19. 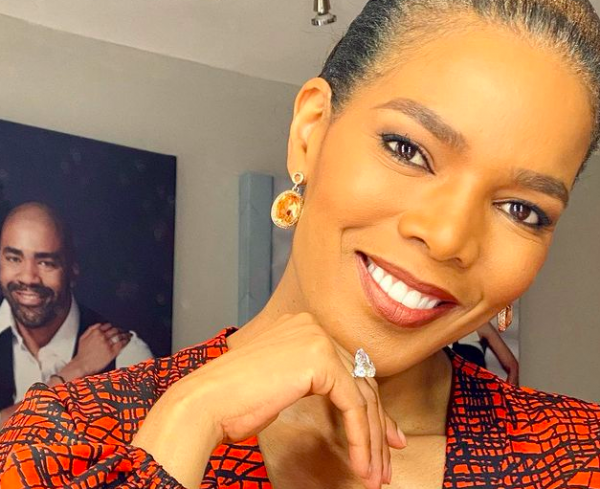 Connie Ferguson posing in front of a picture of her husband Shona Ferguson | Picture: Instagram

The pandemic has changed almost everything.

How we socialise, how we work and how we look for jobs. It should, therefore, come as no surprise that it has affected how production houses look for new talent.

One production house that has gladly embraced this new way of life is Ferguson Films – the brainchild of power couple Connie and Shona Ferguson.

The company’s cast co-ordinator Lesedi Matsunyane-Ferguson took to social media to make the announcement a few days ago.

Shona also posted the casting call on the Ferguson Films Instagram page, along with a breakdown of exactly what kind of roles the company was looking to fill.

This follows a virtual, open casting call that was announced by production house, Seriti Films.

Seriti is the Johannesburg-based commercial, film and television production company behind shows like The Herd and Gomora.

As of next month, Moonyeen Lee & Associates (MLA) will be opening their doors to new talent too.

The agency was founded by the late Moonyeen Lee and it represents talent like Terry Pheto, Dr John Kani and Connie Chiume.

MLA, the agency founded by the late Moonyeen Lee, and reps some of the biggest names in entertainment such as Terry Pheto, Dr John Kani, Connie Chiume, etc, is looking to sign new performers

Not only does the move to virtual allow production houses to tap into talent they otherwise may not have been exposed to, it also allows production companies to limit the potential spread of Covid-19.

Open casting calls result in large numbers of hopefuls descending upon an audition venue and clamouring to get a chance at their shot at the big time.

This creates a bit of a tricky situation in an era when social distancing is of the utmost importance.

According to a recent City Press report, an in-person Moja Love audition spiralled out of control when large numbers of people showed up to audition and began to panic when it seemed as though they may not get their chance.

The station ended up having to cancel the auditions indefinitely.

An eyewitness, who had travelled to Johannesburg all the way from Mahikeng in the North West province, told the publication that the group began trying to fight their way into the Booysens Hotel at some point.

A number of civilians who were found outside by police who were called to the scene ended up getting arrested and detained before eventually being let go.