How do British press come up with Meghan Markle headlines?

Meghan Markle is set to tell all in a TV special ‘CBS presents Oprah with Meghan and Harry’. Meghan Markle and her husband Prince Harry have quit their royal duties and moved to California. Picture: AFP/File/Michele Spatari

Possibly the most anticipated interview in some time, Oprah Winfrey’s sit down with Prince Harry and Meghan Markle happens this Sunday but something else has caught our attention in lead up to the interview.

Some of the British press haven’t been shy about their feelings about Markle and her time in the royal family. The negative coverage has been one of the main factors that led to the couple’s quick departure from British shores.

A hilarious video shared on Twitter depicting about how newsrooms in the UK come up with headlines about Markle and how this might be possible.

How the British press come up with Meghan Markle headlines ????????#meghanmarkle pic.twitter.com/ksy7qb0lHa

READ NEXT: WATCH: ‘Were you silent or were you silenced?’ Oprah asks Markle in explosive review

This week the former Duchess won her legal battle against Mail on Sunday after it published extracts of a private letter she sent to her father, Thomas Markle, in which she asked him to stop talking to tabloids and making false claims about her in interviews.

Judge Mark Warby in the High Court in London on Tuesday ordered Associated Newspapers to make an “interim payment” of £450,000 (about R9.4 million) to cover legal costs.

Harry and Meghan are set to air all in an exclusive interview with Oprah Winfrey about the difficult decision to leave royal duty.

M-net will be airing the CBS interview on Monday at 7.30pm.

Here’s a little teaser from the special ‘CBS presents Oprah with Meghan and Harry’. Mark your calendars for Monday, 8 March at 19:30 on #MNet101. #OprahMeghanHarryAfrica Normal programming resumes on 15 March. It will be open to @DStv Compact and Compact plus customers in SA. 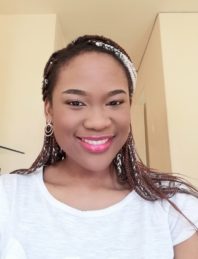 Sandisiwe Mbhele is a digital content producer covering lifestyle, entertainment and current affairs news. Always aiming to inform readers of the best content out there since her days at Caxton Greater North publications in 2019. Producing content that mirrors her interests and opinions, with an honours degree in Media Studies, she enjoys writing stories of the people behind the headlines in the arts and food culture.