Chicco says there is no need for Arthur to be greedy and want money meant for poor artists because he has enough money to carry him through the pandemic. 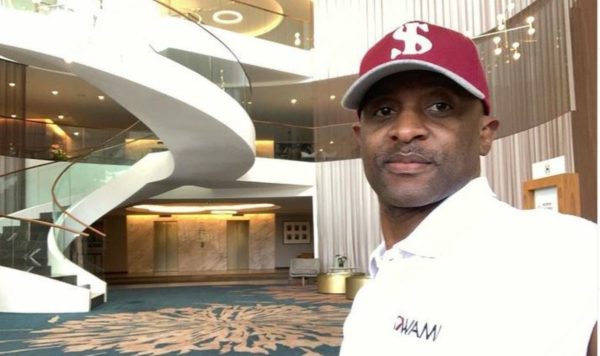 In an open letter, Chicco calls Arthur to order and tells him to stop being greedy after the king of kwaito allegedly applied for a Covid-19 grant for artists.

The long letter partly reads: “My brother it’s common knowledge that both our record labels being 999 and Chicco have made tremendous success throughout the years.”

Chicco said both his stable and that of Arthur’s had scored big in the past from doing business with the government.

“Your company made more money than any record label and I really commend you for that. This really shows that you are a very smart businessman. However, queuing for a stimulus that is meant for our struggling colleagues makes a mockery of your success.”

“It is practically not ethical to be asking the government for Covid relief assistance at the expense of our struggling colleagues when we both know we have enough resources to sustain ourselves throughout this pandemic.”

Twala says when the government announced the stimulus package for artists, he was not expecting big names such as his and Arthur’s to apply because he feels it was meant for struggling artists.

He also says in the letter there were struggling artists who needed the money more than Arthur and himself.

This comes just as artists continue to stage a sit-in at the National Arts Council offices, demanding answers about the R300-million Presidential Employment Stimulus Programme.

In a four-page statement a furious Arthur put the record straight and said the allegations were malicious, unfounded and misinformation.

“The National Arts Council put out a call for applications for both individuals and companies/organisations to propose projects that would create employment and income for those in the creative industry. Various organisations and companies with capacity and capability proposed projects to help benefit the industry,” he said.

“Each proposal submitted was to benefit the relevant organisation’s field of expertise and those in that field. To those who insinuate receipt of funding by me and those related to me, as if due process and procedures were not followed by us in submitting proposals, like everyone else in the industry.

“You would do well to inform yourselves how these funding programmes work. The purpose of these projects is not to enrich recipients individually. They are intended to enable recipients to respond to a mandate of identifying and implementing accountabe projects to help uplift people in the arts, technical, music and events industries who have not worked for over a year,” the statement reads.

He made it clear he has no relationship with the former or current board of NAC and added it had become clear that there were personnel in the NAC playing a divisive role.

“They are fueling the fire and feeding into the fixed narrative that some of us are corrupt and unlawfully benefitted from the scheme without producing any irrefutable evidence. It must be put on record that I have not received any monies from NAC,” Arthur said.

He urged the NAC to do the right thing and give deserving applicants what is due to them.