Lorna Maseko has been previously linked to EFF politician Floyd Shimbavu and the celebrity chef has continued to stay mum on any dating rumours. 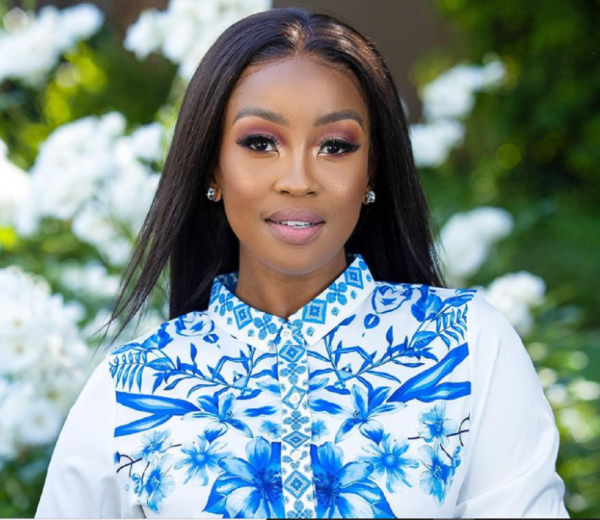 TV presenter Lorna Maseko has laughed off any rumours about her dating life.

The media personality turned chef was embroiled in talk she was in a relationship with the EFF’s Floyd Shimbavu in September last year.

Maseko slammed a Sunday newspaper report that claimed she was pregnant. She denied the claim but did not put to bed the reports of her dating the politician.

“Let me nip this in the bud real quick! I’m NOT pregnant it’s truly disgusting that people can go on to create stories that are unreal – it’s actually EVIL!! Women suffer with many issues, fibroids (which I have), endometriosis & many others. You don’t know people stories-STOP IT!!,” she said at the time.

In a question and answer session with her followers on Instagram this week, Maseko was asked “unayo indoda” – do you have a man?”

Her reaction or no reaction says it all, watch:

Maseko’s culinary skills have won her numerous prestigious awards. She recently was awarded Outstanding Passion by the Taste Awards for her YouTube cooking series, Lorna With A pinch of Salt / The Hostess With Lorna Maseko.

At the Luxe Restaurant Awards in November 2020, Maseko took the coveted title of South Africa’s Culinary Icon of the Year award. The chef has in the past few years taken her culinary career very seriously.

The former Top Billing presenter also released a cookbook called Celebrate with Lorna Maseko, appeared in  her own cooking show on SABC3, The Hostess With Lorna Maseko, and even had her own restaurant, Bread Basket, in Johannesburg.