AKA speaks out: ‘I’m not a suspect in Anele’s death’

The rapper has released a statement following allegations that the couple had a troublesome relationship before Tembe's alleged suicide. 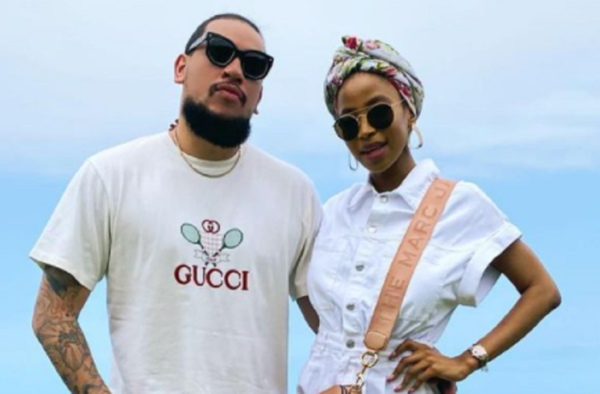 Rapper Kiernan “AKA” Forbes has taken to social media to distance himself from a “narrative” that himself and his deceased fiancée Anele “Nelli” Tembe had a troublesome relationship.

Tembe apparently fell from the 10th floor of the five-star Pepperclub Hotel in Cape Town in April in what has been described as a suicide.

Since her death rumours have started circulating that the pair had a troublesome relationship and over the weekend footage emerged apparently showing the rapper breaking down a door to get to a room where Tembe was hiding.

The incident is said to have taken place in March but the the authenticity of the allegations could not be verified.

AKA took to Twitter to defend his innocence: “It is a sad day when I find myself having to speak to the nature of my relationship with Anele,” he said in a statement.

He added that while the relationship was “challenging” and “tumultuous” at times, all relationships are.

This, he said, was being used by people close to the couple to fuel a “negative narrative on my character”.

AKA said in his statement that he and his legal team had been engaging with police officer investigating Tembe’s death and that he has not been named as a suspect.

“What I will say as my truth; I was and still am madly in love with a girl, carrying whatever past traumas she faced before I met her.

“I own up to my past and current traumas, and thus I have submitted myself to psychological and spritual councelling for my own benefit and growth.

He added that he hoped that people affected by the death would do the same and come to terms with “the choice she made that fateful morning of 11 April”.

During her memorial service, Tembe’s father, Moses Tembe, blamed drugs and alcohol for the incident that took his daughter’s life.

Moses also said that Anele was full of life, that she was never suicidal, and no one in the family would have ever associated her with being suicidal.

'DJ Zinhle: Unexpected' - Zinhle opens up about being dragged into Nellie’s death
5 days ago
5 days ago

'DJ Zinhle: Unexpected' - Zinhle opens up about being dragged into Nellie’s death
5 days ago
5 days ago