WATCH: Could your favourite SA celebs be on the hook for incitement?

During the week, Jub Jub and Duduzane Zuma made comments that have led to questions about whether their utterances count as incitement. 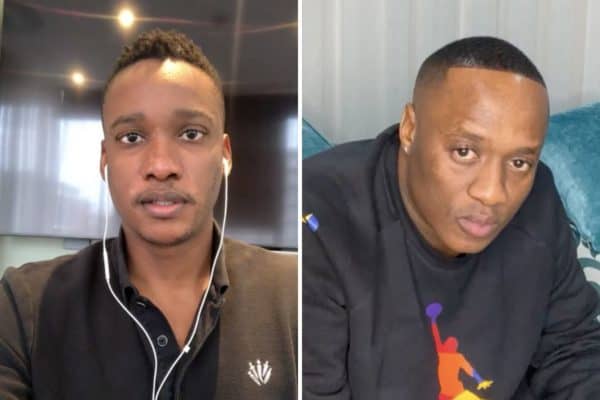 During the week, Jub Jub said South Africans needed to let the looters 'do whatever they want' while Duduzane Zuma advised people to 'loot carefully' and people have asked if this counts as incitement. Picture: Instagram

South African personalities such as Jub Jub and Duduzane Zuma have had a lot to say in the wake of the wave of violent protests, looting and unrest in parts of Gauteng and KwaZulu Natal.

With statements such as “let them steal” and “loot carefully,” many have been left wondering if Jub Jub, Zuma and others who had something similar to say would be on the hook for incitement.

During the week, Molemo “Jub Jub” Maarohanye said South Africans needed to let the looters “do whatever they want”.

“Let them steal if they have to steal, let them do whatever because the government has not provided that,” Jub Jub said in a recent video shared on his Instagram account.

“It’s been simmering for a very long time… It was bound to happen ukuthi this thing iyenzekale the way iyenzekala ka khona, [went down the way it did].”

The TV presenter also let it be known he was “really disturbed about all of this” before calling out his “fellow celebrities” for being quiet about what was happening.

In the 11-minute video, posted on the Instagram page of his friend and de facto campaign manager Winston Innes, Zuma Jr was commenting on the current volatility of the situation in South Africa and offered a lengthy comment on the matter and touched on issues such as racism, tribalism, poverty and xenophobia.

And now people have called for his comments to be investigated.

In criminal law, incitement is defined as the encouragement of another person to commit a crime.

Depending on the jurisdiction, some or all types of incitement may be illegal. Where illegal, it is known as an inchoate offence, where harm is intended but may or may not have actually occurred.

‘Let them steal’: Jub Jub is on the looters’ side

All eyes on Trevor Noah as South Africa burns