How Sello Maake kaNcube met the ‘force’ in his life

Sello Maake kaNcube has recently taken to LinkedIn to share how he met his girlfriend Pearl Mbewe. 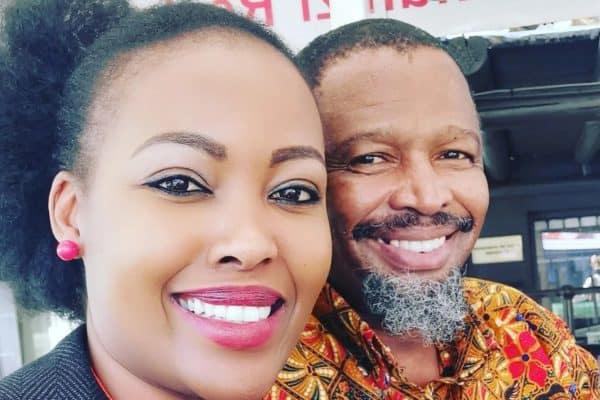 The new couple made waves last week after a social media user pointed out the significant age gap between them.

Maake kaNcube confirmed their romance on his official social media channels shortly after Shona Ferguson’s memorial, which was hailed as a celebration of how the late actor made sure to show those around him how much he loved them.

ALSO READ: Behind the scenes with The Queen’s Vuyo and Sello

“Sometimes we are encouraged to keep them in the background, in this era you have to be naive to not appreciate their value! The women in our lives are a force! Pearl Mbewe and OH I think she is so beautiful” wrote the actor.

“Post influenced [by] the memorial service from yesterday! It’s important to embrace your loved ones!” he added.

On Tuesday, Sello Maake kaNcube revealed how he met Mbewe.

“She approached me and said she will work with me on a pro bono basis as she had great ideas for my ‘brand.’ The rest is history. Do contact us for us to do business! It takes one to build thee other!” commented Maake kaNcube on a post she had shared.

Mbewe took to LinkedIn to not only congratulate Maake kaNcube on a recent achievement but to punt her business as well.

Mbewe hailed the importance of having a great consulting company to support one’s businesses strategically and thanked her team for the work they did.

Mbewe works as a brand advisor for numerous organisations, including her partner’s foundation.

According to her Facebook bio, she is a “proud black woman” who has Zambian, Zimbabwean and South African (Sesotho) roots.

READ NEXT: Sello Ka-Ncube returns on ‘The Queen’