After five rounds of IVF, 'Villa Rosa' star Therese Bam and her husband finally welcomed their baby boy on Wednesday. 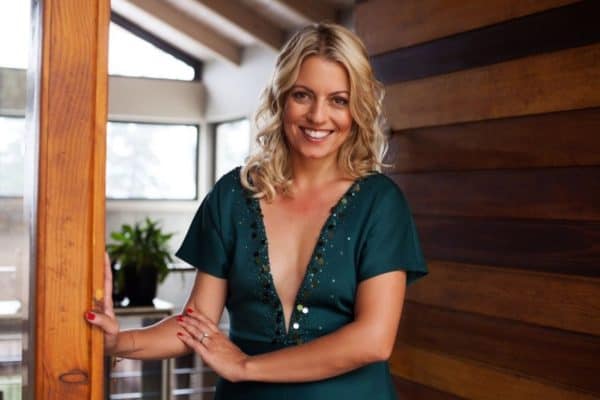 Actress and presenter Therese Bam and her architect husband Chris Bam’s baby boy was born on 18 August after the couple had undergone many challenges in order for the 44-year-old actress to fall pregnant.

After three years of struggling to conceive, Therese took to Instagram in March saying that they are happy to report that she is pregnant. She found out that she was expecting the day before Christmas last year.

“With the help and advice from numerous experts, specialists and a brilliant egg donor, and above all expectations, our biggest dream became reality after three years,” she wrote.

She also said it was a long road, with five rounds of IVF behind them, but their big adventure was only starting and she wouldn’t have walked the difficult road with anyone other than her husband. The couple got married in 2017.

Therese fell pregnant after the second egg implantation from their anonymous egg donor and although the actress did not share much of her pregnancy online, she was open about the fact that it was an IVF pregnancy and that they were on a “#donoreggjourney”.

READ: Pregnancy complications – What you need to know about gestational diabetes.

She also spoke to Dr Darren Green about her and her husband’s pregnancy journey on the kykNET programme, Tussen Ons Medies recently.

During the interview, Therese said: “I started late, but I’ve always been a late bloomer.”

She said her sister got married late, too, and that she fell pregnant rather quickly, but that this was not the case with her and her husband’s pregnancy journey.

Therese said that the IVF process was emotionally draining and made her realise how much hurt families and couples who struggled to conceive went through. She told Dr Green: “I will never, ever, ever take this for granted.”

Tips for when you’re struggling to fall pregnant