Sars reportedly obtained default judgments against Major League DJz and Tumi Masemola and this may result in their assets being attached. 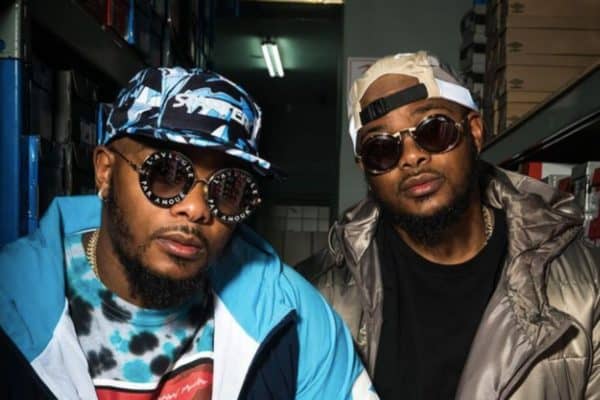 Social media was abuzz with questions after popular DJs Banele and Bandile Mbere (Major League DJz) made headlines for allegedly owing the South African Revenue Service (Sars) millions in back taxes and other outstanding amounts.

Sunday World laid out the amounts in a recent article that also listed former Gang of Instrumentals lead singer Tumi Masemola among those that owe Sars hefty amounts in outstanding taxes.

According to the publication, the revenue service obtained default judgments against the artists this past week and this may lead to Sars having to attach their assets in an effort to recover the money.

A breakdown of what Major League DJz allegedly owes Sars:

The publication claims to have seen documents that list the following amounts:

– Over R900,000 in interest on the aforementioned amounts

– Over R2.2 million in value-added tax

ALSO READ: Need help with filing your taxes? Here’s where to find a Sars mobile unit

The report comes shortly after the twins scored their own reality show on MTV Base titled ‘Inside Life: Major League.’

The Major League DJz also recently went on a tour of the UK in an effort to “take the Amapiano sound to the world” and have been travelling since around late July. At the time of writing, the duo was in Los Angeles and not available to comment on the report.

According to a statement released by Viacom back in August, “Inside Life: Major League” was set to get up close and personal with the Major League DJz as they ticked off some of their bucket list adventures across the continent with their friends.

“Viewers see familiar faces such as Uncle Vinny and get introduced to Khaya Bengu, while learning about what goes on behind the scenes and get a glimpse of their personal relationships.”

“Dear fellow artists and DJs, if you received money from the EFF then beware that Sars will be tracing you through the money stolen from VBS Bank… If you accept money from the ANC, then be warned that the SIU will be investigating you.”

Baloyi has, however, since deleted the post and explained his reasons for doing so as “someone made it a news piece, I had to remove myself from it. I’m not Sunday World!”