'The Daily Show' host is rumoured to have bought the Bel Air mansion with the intention of sharing it with his girlfriend Minka Kelly. 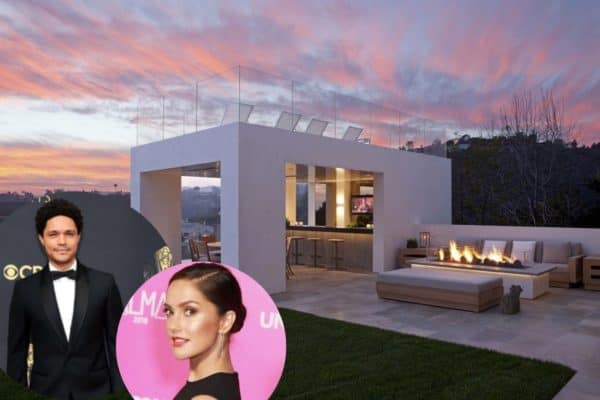 The Bel Air mansion that Trevor Noah reportedly bought as a love nest to share with Minka Kelly is reportedly up for sale. Pictures: Instagram

Less than a year after first purchasing his R411 million Bel Air mansion, host of The Daily Show Trevor Noah has reportedly put the house up for sale.

Noah is rumoured to have bought the home with the intention of sharing it with his on-again-off-again girlfriend Minka Kelly.

Tap the right arrow on the embedded Instagram posts for pictures of the mansion:

According to the New York Post, the couple first broke up just five months after Noah bought the six-bedroom, eight-and-a-half bathroom home. They reunited a few months thereafter and have been spotted together a number of times thereafter.

Based solely on reports, they seem to spend a lot of time in New York.

Kelly currently plays a character by the name of Dove on DC Comics TV series, Titans.

The mansion has a gym, a club room, a library, a wine room with a hidden door, a glass-encased elevator, a Japanese-style spa, and a rooftop terrace that can be turned into a screening room.

The outside also boasts a 4.5 meter by 18 meter infinity-edge pool, a fireside pit with outdoor seating area and an outdoor kitchen.

Noah also previously owned a bachelor pad in Los Angeles and still owns a penthouse in New York where he stays while filming The Daily Show.

READ NEXT: Trevor Noah, here’s what R420 million can buy you in SA 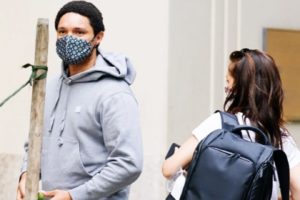 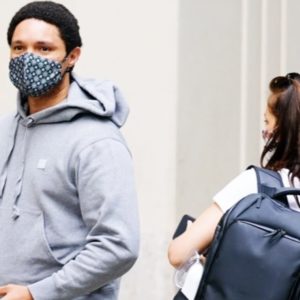