This December, Unathi Nkayi will join chef Alessandro Khojane to host their high-profile friends for 'Festive Get-Together in The Life Artois'. 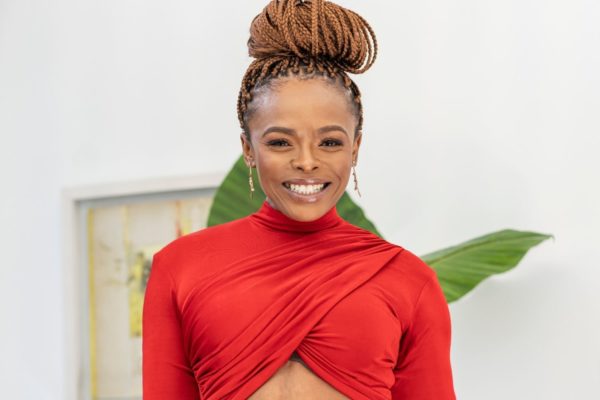 As the public tries to figure exactly out why GQ magazine dropped Unathi Nkayi as the host of their upcoming Men of The Year Awards, she is quietly preparing to head up the second season of her Mzansi Magic show Festive Get-Together in The Life Artois.

Starting on 1 December, Unathi will once again take her place alongside chef and restaurateur Alessandro Khojane to host their high-profile friends, famous couples and families who, in their journeys to success, open up about the struggle to find balance, slow down, get together and connect with loved ones and friends in their busy lives.

The announcement of the second season of the popular show, presented by Stella Artois in partnership with Mzansi Magic, comes a day after GQ magazine said “Unathi will no longer be joining us for our event due to unforeseen circumstances”.

Due to the fact that the announcement was made in the same week that Unathi made headlines for getting fired after an argument with Kaya FM host Sizwe Dhlomo, many assumed that the events around her dismissal prompted GQ’s decision.

This December, fans of the show can expect to see guests such as Minnie Dlamini and Melanie Bala; super couple Khuli Chana and Lamiez Holworthy, as well as multi-talented foodie friends Maps Maponyane and J’Something.

“A stand-out ‘Stella moment’ was when Alessandro presented Zakes with a dessert recipe he had developed in honour of Zakes’s late mother, a gift of legacy to be passed on to Zakes and Nandi’s children, and which is now included on Alessandro’s restaurant, Gemelli’s menu,” said Stella Artois in a statement.

“Given the lives we lead and the tumultuous, crazy year we have all had, many of us haven’t had the time to connect with friends and loved ones. It’s so important to spend time with those who make our lives more meaningful. So, this show is about connection and rediscovering what it means to live with intention,” added Unathi.

“The Life Artois is all about savouring life and creating those special moments with those who matter most to us, so we’re delighted to be hosting another great season of Festive Get-Together which reminds us all to savour life these holidays,” said brand director of high-end Africa, Marsha Kumire.

Director of local entertainment channels at M-Net, Nomsa Philiso, said the show resonated so well with the 1Magic audience last Christmas that they made the decision to air it again on Mzansi Magic and Mzansi Wethu in early 2021.

“Our partnership with Stella Artois is a perfect fit and we’re looking forward to another meaningful and successful season.”

In an effort to inspire viewers’ own festive hostin,g exclusive content will also be made available after each episode to help them in this regard.

Viewers can access the Festive Get-Together in The Life Artois table styling tips as well as recipes and behind the scenes footage from each show on www.stellaartoisafrica.com or via Instagram and Twitter.

Festive Get-Together, hosted by Unathi Nkayi and Alessandro Khojane, begins on 1 December on Mzansi Magic (DStv channel 161) and will air every Wednesday 9.30pm.

The show will also repeat every Sunday at 2pm.