Sidney Poitier and other black actors who have won Oscars

Sidney Poitier, who has died at age 94, was one of only a handful of black actors who has received an Academy Award. 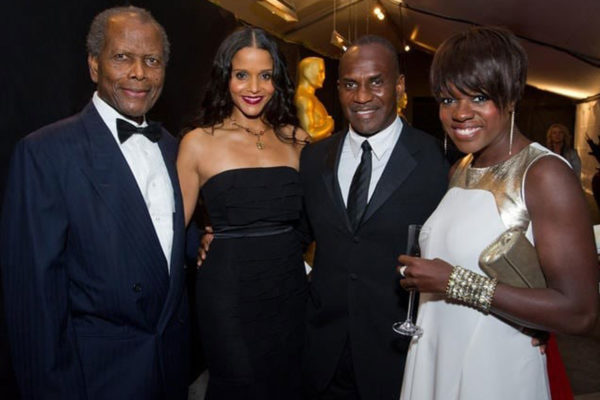 Poitier, who died Thursday night at his home in Los Angeles, achieved mainstream popularity with a series of groundbreaking roles at a time of great racial tension in America in the 1950s and 1960s.

In 1950, the thriving young actor starred in his first film, “No Way Out,” quickly followed by classics such as “Blackboard Jungle” and “Edge of the City.”

From 1957’s “Something of Value” — which portrayed Kenya’s anti-colonial Mau Mau uprising — his choices turned more consistently to themes of racial harmony, as seen in Chicago-set “A Raisin in the Sun” (1961) and Mississippi murder mystery “In the Heat of the Night” (1967).

Poitier took a decade-long acting hiatus before returning in 1988 cop thriller “Shoot to Kill,” but rarely graced the big screen after that.

Poitier was awarded an honorary Oscar in 2002 for his “extraordinary performances” on the silver screen and his “dignity, style and intelligence” off of it. The same night Denzel Washington won for best actor, which was also the night Halle Berry become the first – and only – African American best actress winner.

In a statement to AFP following news of his death, Washington said “it was a privilege to call Sidney Poitier my friend. He was a gentle man and opened doors for all of us that had been closed for years.”

Viola Davis, herself an Oscar-winning actress, shared a similar note of admiration for Poitier’s barrier-breaking life, saying his “dignity, normalcy, strength, excellence and sheer electricity… showed us that we, as Black folks, mattered!!!”

Here is a list of Black performers who have won competitive Academy Awards for acting: