The Ndlovus get another chance at parenting after miscarriage

Two years after first getting married, the Ndlovus have confirmed they're expecting their first child. 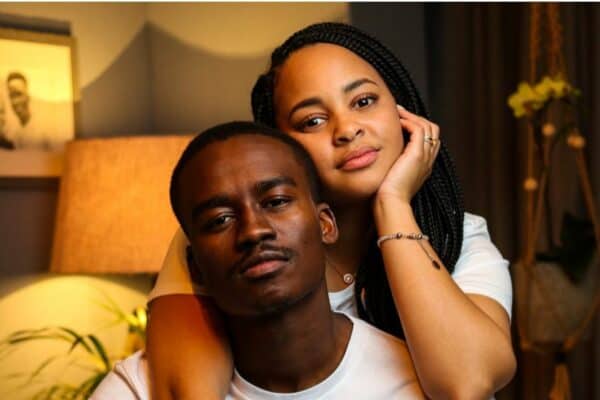 Fans of celebrity couple Stephanie and Hungani Ndlovu, popularly known as The Ndlovus, are rejoicing in the couple’s good news after they confirmed that they are officially going to be parents.

The Ndlovus shared the news via social media, with a photo from a studio shoot showing Hungani kissing Stephanie’s bare stomach.

“God is the ultimate author!” wrote Hungani in his Instagram caption.

“And when the time is right, I The Lord will make it happen,” wrote Stephanie on her own Instagram account.

Fellow celebrities like Cici, Musa Mthombeni, Michelle Mosalakae and Khutso Theledi (who is also Hungani’s cousin) congratulated the pair on growing their family.

Stephanie and Hungani met on the set of the etv soapie Scandal! He played the role of Romeo and she played Ingrid. According to their YouTube channel, she was working as a casting director when they first met and it wasn’t necessarily love at first sight.

Stephanie once shared a story about how she actually wanted to set Hungani up on a date with her cousin, because she had thought he was way too young for her.

After leaving the show, the Ndlovus began a YouTube channel where they document everything related to their marriage and family life. At the time of writing, the couple’s YouTube channel had over 300,000 subscribers.

In June, the Ndlovus opened up about experiencing a miscarriage.

This is after they began documenting the experience for their YouTube channel, beginning with a video that Stephanie secretly filmed capturing Hungani’s reaction when he found her pregnancy test for the first time.

They then went for an official check-up with a doctor, where they found out that what they had was not an actual pregnancy but a blighted ovum – a phenomenon that occurs when an early embryo never develops or stops developing, is resorbed and leaves an empty gestational sac.

Stephanie recalled not immediately reacting and going through the motions of receiving the necessary medical attention required for her condition.

At the time, Hungani was not present for her appointment so she had to relay the news when he eventually came to pick her up.

She then shared how going through the process of cleaning her womb at home was more traumatic than hearing that she was no longer pregnant. The couple explained in great detail what they went through, how it made them feel, and how they worked through that period in their life.

Please note: The following video may be triggering as it details the experience of undergoing a miscarriage and the medical care required thereafter

Earlier this year, the couple had been announced as part of the YouTube Black Voices Creator Class of 2022.

According to YouTube, “the fund focuses on investing in black creators from around the world who are telling fresh and authentic stories.”

As part of the YouTube Black Voices Fund Class of 2022, each of the 26 African YouTubers selected will receive seed funding alongside dedicated support to help them develop their channels.

They will also take part in bespoke and hands-on training, workshops, and networking programmes.

This is the second class of African creators in the YouTube Black Voices Fund which has now been established as a multi-year commitment aimed at nurturing Black creators and artists on YouTube.