Huisgenoot and YOU Magazine have released a teaser for their upcoming editions in which ailing former rugby player Joost van der Westhuizen speaks about revolutionary treatment he reportedly claims has cured him. 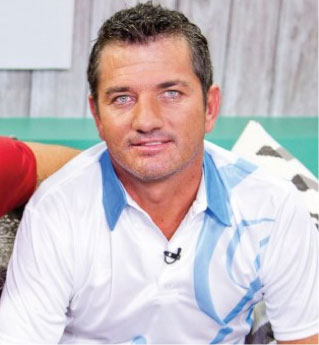 The two magazines have quotes by Joost on their covers, which read: “I’m Going to Live a Long Time” and “Ek Is Gesond!”.

In these articles, Joost apparently claims that he has been cured of the motor neurone disease he was in 2011 told he would die from in between two to five years, and now “just has to recover from the damage done” by the terminal illness.

“Joost van der Westhuizen smiles easily and often,” reads an excerpt from this exclusive. “Today he received news that things are looking up for him – his health, after special treatment, as well as his marriage to Amor Vittone.

“The 42-year-old former Springbok star is serious: after a month of treatment by Pretoria-based detox specialist Dr Anton Neethling, Joost firmly believes he’s healthy and the damage caused by MND can be reversed.”

The former Springbok scrum-half does, however, refute recent claims by the media that he is moving back in with estranged wife Amor Vittone, despite the fact they’ve managed to settle their differences.

These astonishing articles will feature in the 12 September editions of YOU and Huisgenoot.