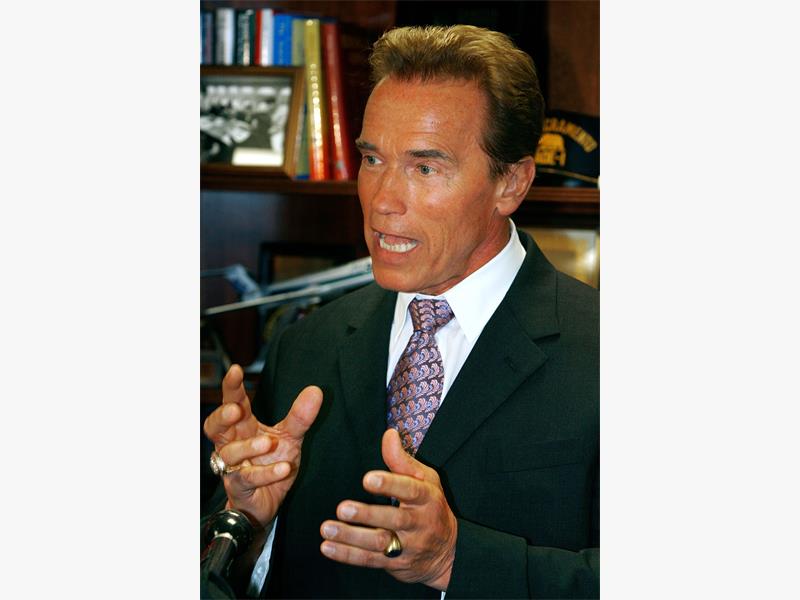 WASHINGTON - APRIL 11: California Governor Arnold Schwarzengger talks during a news conference after a meeting with Sen. Dianne Feinstein (D-CA) in her office in the Hart Senate Office Building April 11, 2007 in Washington, DC. They discussed California's ground water problems among other environmental issues during the meeting. (Photo by Chip Somodevilla/Getty Images)

Don’t worry though, The Terminator is not here to blow up the city, he’ll be here to grow sport culture in South Africa.

This is quite a homecoming for Arnie. South Africa played a major part in his career as a sports star. The 1975 Mr Olympia was held in Pretoria. It was the contest Schwarzenegger ultimately won, and also the backdrop for the documentary film Pumping Iron. The documentary led to the bodybuilding hunk’s longlasting Hollywood career, as well as him dipping his toes in politics, becoming governor of California.

The festival will be held at the Sandton Convention Centre from May 27th to 29 May 2016 and will feature more than 42 sporting codes.

It features a number of sporting codes ranging from strongman and bodybuilding events, to martial arts, dancing, chess, table tennis, softball, baseball, cycling, aerobics, and many others. Arnold sports festivals now take place annually in America, across Europe, Australia, Brazil and next year will launch in South Africa and Malaysia.

Schwarzenegger seems excited to be returning to South Africa, and he is featured in a video on the Arnold Classic Africa YouTube channel saying, “I’m so excited about the Arnold Classic debut in Johannesburg. I’ll be there, will you?”