‘Simplicity’ was key on Our Perfect Wedding

On Sunday night on Our Perfect Wedding, we met Mandla and Ntombi. 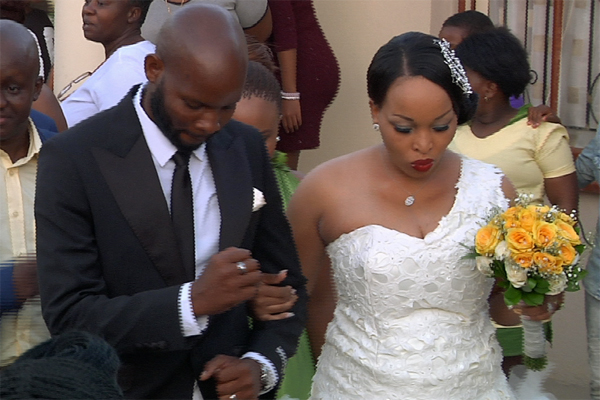 The couple grew up playing together and formed an on-and-off relationship when they got a bit older.

While they were still deciding whether to stay friends or just take their relationship to another level, other people came in and snatched them away from each other. This made matters worse, and it took a while before they decided to get back together and make it official.

Mandla decided in 2009 that enough was enough, and they both broke off their relationships with their respective partners.

Now, about the wedding:

But, why was the food not on the couple’s wishlist? They did not even taste the food when they tasted the cake because the catering lady did not want them “to mess up the decorated table”.

Well, let’s hope the food was good because, if not, it will be one bad thing spoken of about the wedding that would have otherwise been flawless.

I loved the décor, as the gold and silver worked well together. 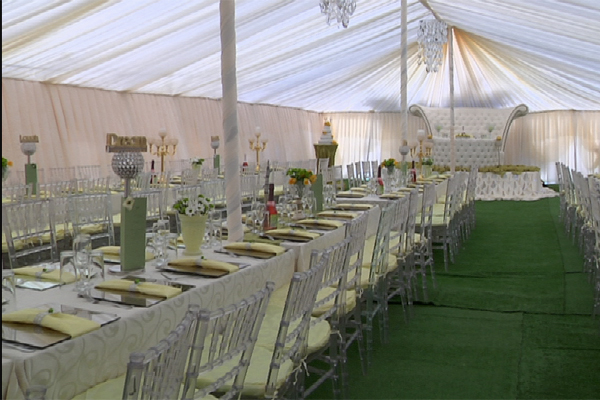 The dress, however, was too simple. More could have been done to make it look a bit more sophisticated.

Also, Ntombi said she loves “simple things”. I am not sure if the second “surprise” dress was simple at all. In fact it was more beautiful than the first dress. Beautiful. 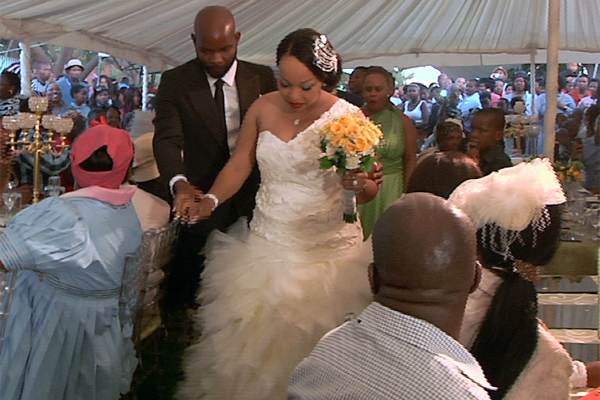 I also loved the cake, but I was just not sure about the flavours – fruit cocktail? The word “simple” changed meaning just for this couple. Mandla’s suit wasn’t simple in my definition; it was handsome. He went for a “simple” tux with just a “bit” of detail on the collar.

I must be honest, when I saw the groomsmen’s suits at first I thought: what is the blue colour doing in a green and gold themed wedding?

But in the end I saw the colour blend in. 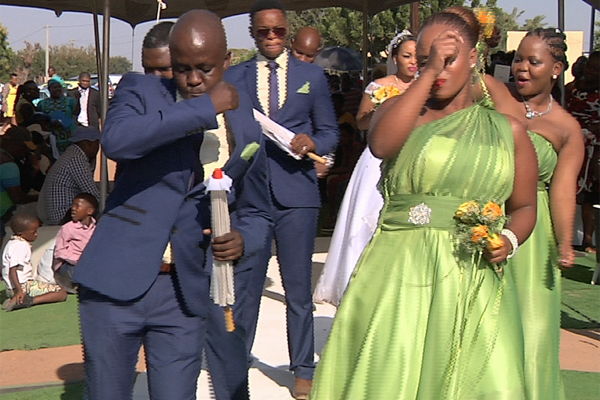 Still on the groomsmen, couldn’t one of the groomsmen find a vest or plain T-shirt? I did not like the T-shirt he had on – it was written something at the back. I know it was hidden under the jacket but it was still a bad choice.

The bridesmaids’ dresses were also beautiful, with their mixture of colours. However, there was one holding a baby – what was going on there?

I do not think it would be fair for me to comment on the outfit of the sister who walked the groom down the aisle. Eh, didn’t anyone at least monitor things that side? That colour was just out, way out.

Remember I once said most weddings dress the little boys in white? Well, not this one. The little boy was dressed smartly in a green suit. I thought that worked well, it was a good change. Now, on to the speakers at weddings. Last week we heard one of the speakers say to the bride: “If your husband comes back home late at night, don’t ask him silly questions”. Well, the mother of the groom last night differed, as she said now that her son was getting married, he would have to come home before 9pm.

Dear future mother-in-law, please start telling him that now before we get married?

For me, this was a perfect wedding. What did you think? Let us know in the comment below.