"Soldier Bigg Dogg", the musician who is demanding R2m from the Economic Freedom Fighters (EFF) for allegedly using his songs to prop up leader Julius Malema, was beaten up and his assailants stole the master copy of his new CD. 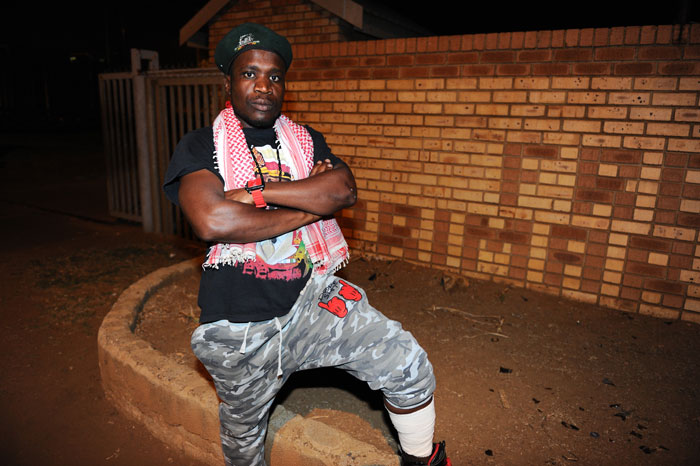 Collen Magoa, also known as "Soldier Bigg Dogg", speaks to The Citizen in Soweto, 31 August 2015, after he was attacked in Johannesburg. He alleges that he was attacked by EFF supporters. Magoa is in the process of filing court papers demanding R2 million from the Economic Freedom Fighters and its leader Julius Malema as compensation for his song, which he claims the party stole. Picture: Michel Bega

He said one of them hit his leg with a steel pipe. “When I turned around, he hit me on the back,” said Soldier Bigg Dogg, whose leg was bandaged. “They said I must stop doing what I am doing (demanding money from Malema) because they were watching me. I thought I would be killed but fought back until they ran away.”

The police have confirmed that a charge has been laid. The musician, who claimed that he used to sing at EFF rallies before things went sour, earlier this month sent a letter to the party requesting payment of R2m for the unauthorised use of his compositions.

Two weeks ago his lawyer, Winners Mathebula, gave the EFF 14 days to pay the money or face legal action.

No payment has been made – instead Soldier Bigg Dogg claims messages posted on Facebook incited EFF members to deal with him.