On Monday, 19 July South Africa will bid farewell to Rhythm City and find out if House of Zwide is a formidable replacement. 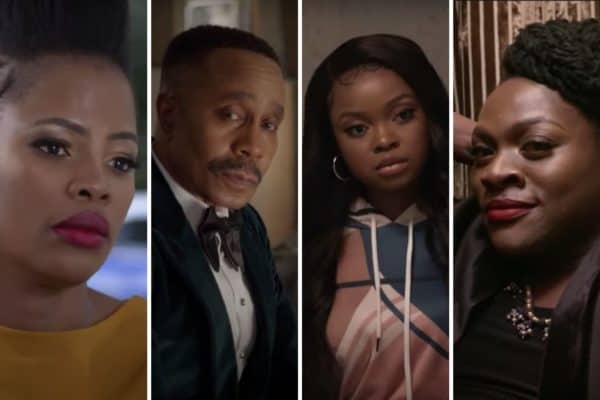 The cast of the new e.tv drama, House of Zwide, which will take over the Rhythm City time slot. Picture: Screenshots, YouTube

E.tv’s new show House of Zwide – the replacement for Rhythm City – opens soon and the build-up to its launch is palpable.

On Tuesday, the team from Bomb Productions took to social media to post some teasers for the show and viewers got a very brief idea of what it will look like and who will be starring. E.tv also shared the snippets on its official YouTube channel.

According to a report by Sowetan, Baby Cele (Uzalo), Lindani Nkosi (Isidingo), Zikhona Sodlaka (Igazi) and Paballo Mavundla (Generations: The Legacy) will also be appearing.

It seems most of the show’s cast were poached from prime time productions as Kunene and Cele are among the cast members of the show who recently left major roles they had portrayed for years.

According to a statement issued by e.tv, the show is produced by Bomb Productions and VideoVision Entertainment.

“The show could not have come at a better time,” said e.tv head of local productions Helga Palmer, before adding “e.tv brings you a show of hopes and dreams to uplift and inspire viewers to believe they can achieve anything they put their minds to in a world filled with uncertainty and despair”.

She further said Bomb Productions and VideoVision Entertainment both have a long history of “authentic story telling” and expressed excitement at what the production houses are aiming to achieve on House of Zwide.

“House of Zwide tells a thrilling rags to riches story set in the glamorous world of fashion. It is a timely aspirational tale with many twists and turns that we believe will keep viewers glued to their television screens. We are excited to be partnering with Bomb Productions on this production which also marks our second series with e.tv,” VideoVision Entertainment CEO Anant Singh said.

“We acknowledge and are humbled to be following in the footsteps of Rhythm City which has blazed a trail in this time slot. We are very excited to be creating a new show for e.tv and hope viewers will welcome House Of Zwide. Covid-19 has been hard on everyone and we wanted to tell a story that reminds us that no matter the obstacles, (we must) never give up on our dreams,” added Bomb Productions executive producer Desiree Markgraaff.

On Monday, 19 July South Africa will bid farewell to Rhythm City and find out if House of Zwide is a formidable replacement.