Fans of 'The Queen' have noticed Connie Ferguson's absence and are wondering what will happen to Harriet and Hector's budding romance. 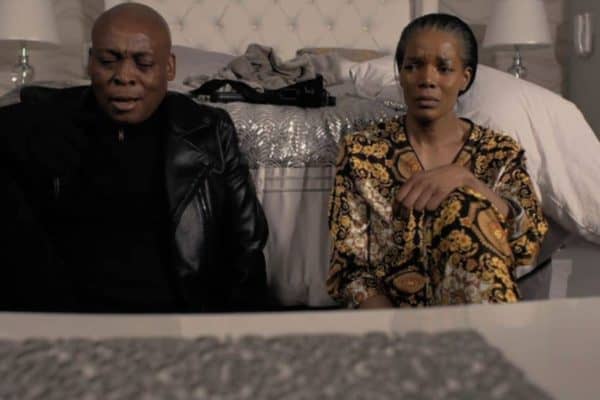 Raphulana Seiphemo and Connie Ferguson as Harriet and Hector on Mzansi Magic's 'The Queen'. Picture: Instagram

Connie Ferguson’s recent absence from the set of her Mzansi Magic telenovela, The Queen, is starting to show and fans are worried about what this might mean for the latest storyline focusing on budding romance between Harriet and Hector.

The Queen’s lead character, Harriet Khoza (Connie Ferguson), recently started falling in love but that will soon have to be put on ice as Ferguson not only mourns the loss of her real-life love, but comes to terms with life without him as her business partner.

The Queen is produced for Mzansi Magic by the production company that Connie co-owned with her late husband Shona called Ferguson Films.

The show’s new season introduced a storyline that saw previous arch-enemies Harriet and Hector (Rapulana Seiphemo) start to fall in love with each other.

The storyline was conceptualised long before Shona contracted the coronavirus and carried on while Connie tried to nurse her husband back to health and stay by his side during his hospital stay.

The South African also reported that The Queen’s teasers for the month of August were incomplete due to the impact of Shona’s death on the production.

Fans have also started to wonder if they are seeing less and less of Connie on-screen because of the way her private life has recently been affected.

Harriet and Hector recently started to develop feelings for each other on The Queen under the oddest circumstances and her character has since disappeared from Midrand to go hide from her feelings at her mother’s home in the North West province.

Hector, who is currently married to Vuyiswa Maake (Zandile Msutwana), can’t hide his feelings and has been making romantic gestures to Harriet (much to the curiosity of her family).

He has also left her character a number of voicemail messages which she recently responded to, letting him know that she feels the same way. It is for this reason that fans assume that that is how Connie will appear on The Queen.

READ NEXT: ‘The Queen’ reaches its 1,000 episode milestone