Entries open for the fourth season of Masterchef South Africa

If you think you have what it takes to become the next South African Masterchef, then head over to M-Net to fill in your entry form. 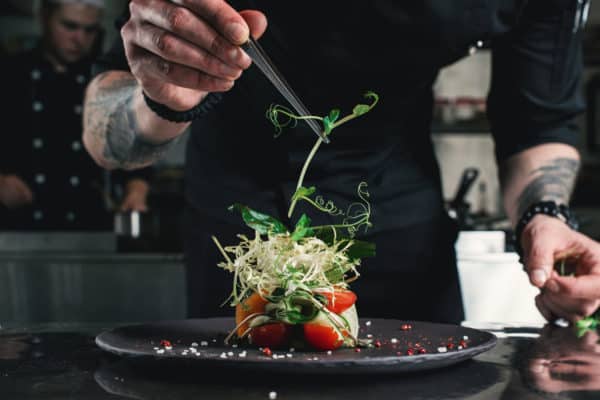 Chef finishing healthy salad on a black plate with tweezers. almost ready to serve it on a table.

The highly anticipated new season of the popular culinary television show, Masterchef South Africa will be back on our screens for a fourth season in February 2022.

Season 1-3 was filmed on the Nederburg Wine Estate in Paarl, Western Cape, and was judged by Pete Goffee-Wood, Benny Masekwameng, and Reuben Riffel.

The Judges for the fourth season are still unknown and will be announced later this year.

Entries for contestants to throw their hat in the ring and battle it out for the title of the next South African Masterchef are open, and M-Net is looking for 20 motivated culinary hopefuls, to be a part of the global phenomenon and stand the chance to win a whopping R1 million grand prize.

ALSO READ: What to expect on ‘Come Dine with Me SA’ season 5

“Within the current landscape of the COVID-19 virus, we wanted to give our audience something familiar and comforting that felt like home. MasterChef SA was the perfect choice as both the local and International versions have proven that the format is a firm favourite with our viewers. It’s heart-warming and welcoming content,” says Jan du Plessis, Director of M-Net Channels.

If you think you have what it takes to create extraordinary dishes which wow the judges, and take your culinary skills to the next level and onto a big platform then you should head to the M-Net website to complete the short entry form.

To be part of the show, you have to be over 18 and a South African citizen or have permanent residency. Entries will close on 08 September 2021 at 23:59.

MasterChef SA Season 4 will be broadcast Monday-Thursday from 28 February 2022 at 6pm on M-Net.