'Spoorloos' actor Donovan Pietersen says his latest role as Ronnie in 'Getroud met Rugby' had him delving deep to bring forth those rollercoaster emotions. 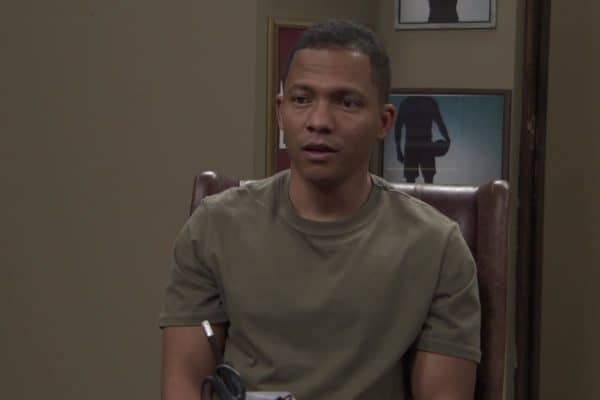 Having played various roles, including that of Damien in Binnelanders and starring in Spoorloos: Steynhof and Krismasboks by Soné Combrinck Productions, Donovan Pietersen, 33, is no stranger to acting, but he says his latest role as Ronnie in Getroud met Rugby had him delving deep.

The former Tshwane University of Technology (TUT) student recently took on the role and although he says there are some similarities between himself and the character, Ronnie is a definite troublemaker, albeit a softy.

Pietersen’s character is Stryder, Liam’s cousin and after six years in prison for a crime he didn’t commit, he has been released on parole. He got caught with cocaine while driving Liam’s car and even though it wasn’t his cocaine, (or Liam’s for that matter) Ronnie got sent to jail for 11 years as the police held the driver accountable.

The actor says he can relate to his role as Ronnie, especially when it comes to being somewhat impatient at times. Although Chappie – a mutual friend of Ronnie and Liam – is the actual culprit, Ronnie believes that Liam had him framed and therefore he secretly wants revenge. Ronnie places cocaine in Liam’s locker, causing havoc in Liam’s marriage and his career.

In the storyline, Chappie passes away and Liam’s mom comes to stay with him to help him out and to support her son. She brings a letter along that Chappie’s mom found among his things after his death – a letter written to Ronnie, with Chappie admitting that the cocaine was his.

As the storyline climaxes, things take a turn for the worse with Ronnie struggling with the realisation that he went to prison for someone else’s wrongdoings, and that he has just ruined his cousin’s life for no reason at all. This results in him trying to commit suicide.

The rollercoaster of happenings had Pietersen delve deep as an actor.

“I didn’t know it was going to be so intense,” he says. “As [an] actor, I had to delve deep to bring forth some of those emotions.”

In the end, Pietersen says there is a lesson to learn from his storyline: “No one is too bad to be good, and no one is too good to be bad.”