REVIEW: Is ‘Happiness Ever After’ worth the watch?

A stunning cast, some saucy sex scenes and loads of drama is what you can expect to see when you stream 'Happiness Ever After'. 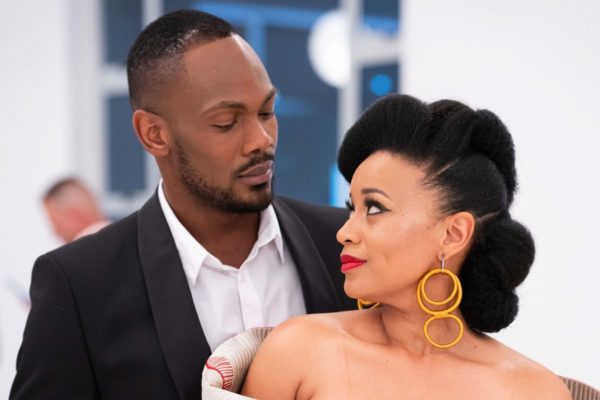 Daniel Effiong and Renate Stuurman in Netflix's 'Happiness Ever After'. Picture: Sivuyile Matsiliza/Netflix

The sequel to Happiness is a Four-Letter Word is now streaming but viewers are wondering if the movie was worth the wait.

As far as romantic dramedies (drama and comedy) go, Happiness Ever After has all the elements in place; strong and interesting characters played by a gorgeous cast all telling stories that you – as a viewer – need a resolution to.

However, some stories in the film are stronger and more interesting than others.

In an initial statement published by the film’s producers when the trailer dropped, Happiness Ever After was explained as a look at the film’s “queen crew” getting back at it, seeking love, happiness and success as they juggle careers and ambitions in fast-paced Johannesburg.

They were joined by new cast members Nambitha Ben-Mazwi, Yonda Thomas, Daniel Effiong and Loyiso MacDonald, who bring another layer of intrigue for fans who have come to love the Happiness storyline.

Stuurman killed it as Princess, a role that she said she was happy to get the opportunity to revisit and develop her further in an effort to take the story forward.

You can’t help but get emotionally invested in this chapter of her life that see’s her deadbeat baby daddy (Leo) return in an effort to make things right after ghosting her mid-pregnancy in the last film.

He finds Princess in a happy healthy relationship with a man named Maxwell (Daniel Effiong) who steps up and does what Princess and her daughter, Thandi need.

You then spend the entire film on edge wondering if Princess will ruin a good thing just for closure with a man who showed her his true colours once before.

ALSO READ: ‘Lord please unmute me,’ begs Khanyi Mbau after being hit by some ‘voodoo’

As a viewer, you feel just as invested in what’s going on with Zaza (Khanyi Mbau) who is faced with a formidable new foe in the form of her late husband’s sister Fakazile (Xolile Tshabalala).

Sadly, I personally didn’t feel that way about Zimkhitha (aka Zim, played by Nambitha Ben-Mazwi) who ends up in an entanglement with the quintessential commitment-phobe, Yonda (played by Yonda Thomas).

It was great, however, to see a dark-skinned woman with short natural hair playing a sexy, desirable, romantic lead even though she got paired with a character who needed a swift kick in the butt.

Two things I will give the film props for is the well-choreographed, expertly filmed sex scenes that make fantastic use of the actors’ chemistry and stunning good looks as well as the face-off between Zaza and Fakazile that put Mbau and Xolile’s acting chops front and centre.

Overall, the film was an entertaining, feel-good watch that also served as a great reminder of just what South Africans can do given the investment and support of a company like Netflix.

Happiness Ever After is currently streaming in 190 countries around the world. 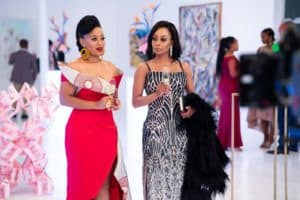 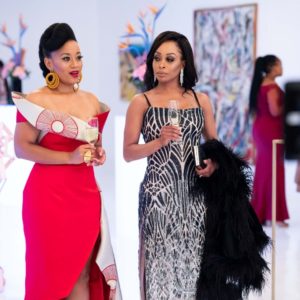