Last night saw the launch of the Afrikaans matchmaker series, ‘Boer soek ’n Vrou’. Here is what went down. 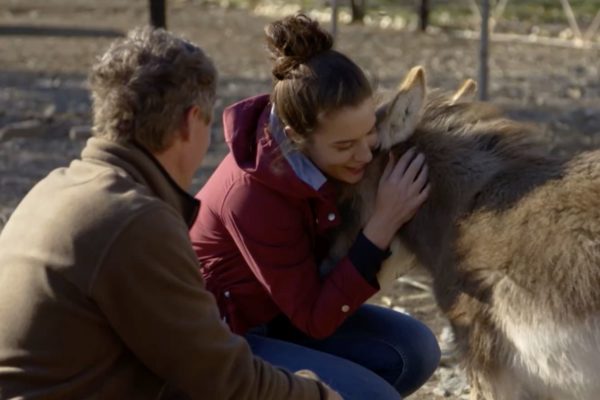 The thirteenth season of Boer Soek ’n Vrou has set the bar quite high, leaving South Africans curious to see what the fourteenth season will bring.

The first episode of the series’ fourteenth season kicked off on Thursday night, with muddy puddles and overturned umbrellas as presenter Marciel Hopkins arrived to pay a visit to the only female farmer in the season, Mary-Loo (54).

Mary-Loo is an English wine farmer who enjoys betting on dinners out and bottles of wine while playing Scrabble.

Hopkins then hopped on over to Hannis (24) in Dundee who says a woman’s eyes say a lo,t and that that is the one thing he always looks at when meeting a woman.

Tyson (33) from Bergville shares farming responsibilities with his farther and his brother, and claims to be the technical guy in the trio.

As Hopkins got to know him a bit better, she soon found out that Tyson could be a little perfectionistic at times. During the visit on the farm, Tyson took the pretty presenter fishing too.

She then hit the road to Beaufort-West to meet Gerhard (30), a sheep and goat farmer who loves animals.

He says he is looking for a woman who loves animals as much as he does, and one who will support him in his everyday life.

Carel (30) from Mpumalanga says he’s not the typical conversation starter and might even be dubbed as shy, but that he is ready to make time for someone special.

Nelis (32) is based in the Vaal Marina, and shares his farming responsibilities with his mom, who deals with the sheep on the farm. Like many of the other farmers in the season, he is looking for a woman who will support him.

On to Johan (29) from the Free State, where Hopkins got to share in the good news that they were ready to start harvesting the maize.

Johan says he is living out his passion on the farm and that he is looking for someone who would be willing to make sacrifices in order to make the relationship work.

Petré (26), also from the Free State, says that he is looking for someone who can stand by what she said. He says he might not want a strong woman, but he needs one.

She should also be someone who accepts him for who he is, with whom he can be himself.

Fourth-generation farmer, Willem (38) is from Philippolis and has two big loves: the farm and his two children. He had Hopkins practice her target shooting skills upon her visit and says that a woman is the heartbeat of the farm.

Albertus (39) lives as close to the earth as you get and is sure to win the hearts of many this season with his special, Calvinia accent and dry sense of humour.

It’s his mission to keep the farm going, after his grandfather told him to never let the farm slip through his fingers.

As Hopkins questioned him about his expectations for the fourteenth season of Boer Soek ’n Vrou, he said that he is looking for a life partner to share everything with, including the breath-taking scenery of the farm he calls home.

One thing is for sure, Hopkins had a ball visiting all the different farmers, exploring their farms, fishing, shooting target and even driving tractors.

With so many different personalities, you might just fall in love with one or more of Boer Soek ’n Vrou’s latest farmers.

Watch the series on kykNET, Thursday evenings at 20:00.