‘Boer Soek ’n Vrou’ – The Tankwa Karoo was made for romance

The latest episode of kykNET’s ‘Boer Soek ’n Vrou’ was cause for consent for all four couples, and hope for farmer Willem. 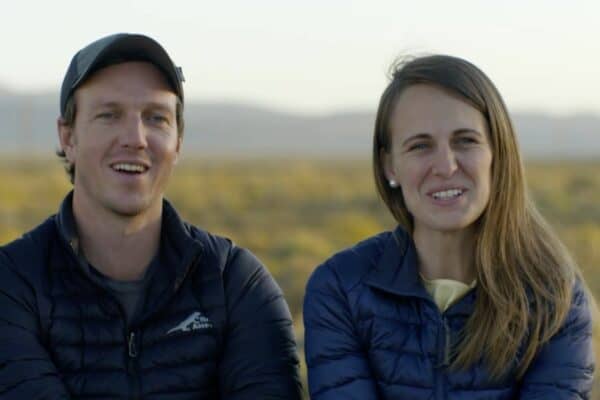 KykNET’s matchmaker series, Boer Soek ’n Vrou is slowly, but surely reaching a point where viewers can expect to see a little more romance to unfold between the farmers and their matches.

In the latest episode, the couples and farmer Willem (who decided not to continue with the process as he couldn’t find the spark he was looking for among the girls he chose) were hosted at the Inverdoorn Private Game Reserve in the Tankwa Karoo.

During the three-day visit, the farmers and the women they chose had ample time to get to know each other better in the group, but also one-on-one.

The first activity saw them playing paintball, highlighting some interesting character traits among the farmers and their partners.

Nelis’ Esmerélda certainly stood her ground on the paintball field, while farmer Johan was the one who got shot the most.

The couples also got a chance to spend some alone time, choosing an activity to suit their liking, followed by a romantic karoo picnic prepared by the lodge.

What’s a mind if you can’t change it?

Farmer Tyson, who received the most letters at the beginning of the reality series, claimed to feel very strongly about building a relationship from a friendship first, while his chosen partner, Alri agreed.

A lot has changed since then, though as they are now the first official couple of Boer Soek ’n Vrou’s 14th season.

Tyson and Alri chose to go on a private game drive and Alri said it was wonderful to experience it with Tyson alone as the previous game drive they had gone on together, was when she and the other two girls visited him on the farm.

For them, the rhinos and the zebra foals were the highlight and they got to indulge in a picnic next to the waterhole while these magnificent creatures calmly grazed behind them.

Nelis and Esmerélda went on an e-bike outing for their Inverdoorn date and the farmer was very impressed with the speed and comfort of the bikes. In fact, he said it’s a great activity for couples to do together and that e-bikes can even be used on the farm.

Esmerélda was a little more careful and didn’t rush the ride, as she was cautious of the bumps on the dirt road.

In essence, this could probably also serve as metaphor for where they are at as a couple.

She told presenter, Marciel Hopkins that she is certain that Nelis would ask her to be his girlfriend and while she knows what her answer would be, there is no rush.

They too had the perfect picnic with a blanket and scatter cushions, and spent some quality time together, drinking in the serenity of the karoo.

Johan and Arina’s calmness was a topic of discussion among the other couples, with them saying that they can see that Johan and Arina are fond of each other, but that they are the less talkative couple in the group.

Still, they seem to have found what they like in each other and although they are not officially a couple yet, Johan has made it clear that they are exclusive, proving that he is confident about the relationship and where the process is taking them.

Johan and Arina went on a game drive with a difference, driving their own quadbikes while viewing antelope, zebra and rhino for their karoo date.

Arina proved to be quite adventurous, grasping every opportunity she got to drive through muddy puddles.

Afterwards, they had a picnic for two with a magnificent view, during which Arina attempted to engage in more serious relationship talks while Johan seemed to just be in the moment.

Those who don’t dare, don’t win

Petré and Lourize have been having a ball and during the stay at Inverdoorn Private Game Reserve, everyone agreed that he has a dry sense of humour which makes Lourize laugh.

He clearly also motivates her to try things she has never done before and makes her feel at ease while doing it.

Their couple’s activity involved horse riding, something Lourize has never done before, while it is second nature to farmer Petré. Lourize managed to stay on her horse, Skollie all the time and even seemed to enjoy it.

Their date was also wrapped up with a romantic picnic and some deep talks about how they would handle certain situations in life.

There is still hope

Still single, Willem was nervous about the karoo stay, but he eventually said that it was a lovely experience and that everyone included him and made him feel welcome.

Seeing the couples so happy together, he said that it was something he still wanted.

The rest of the group were hopeful, hinting that the Boer Soek ’n Vrou reunion might just change Willem’s fate.

Apart from sparking wanderlust among viewers, the vastness and unique magnificence of the karoo also sparked deeper conversation and opportunities for the farmers to get to know their matches better.

The karoo really is a recipe for romance.