Somizi drew parallels between Mohale and Lerato Sengadi, stating that Lerato’s situation and court case puts his ex at a disadvantage. 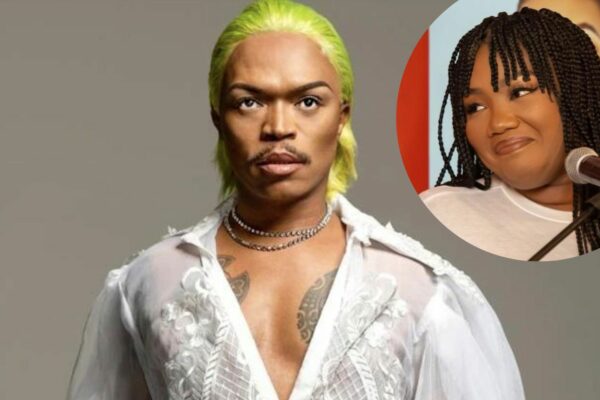 Season five of Living The Dream With Somizi (LTDWS) has been filled with celeb cameos and most of them have counselled Somizi on his ongoing separation from his estranged husband, Mohale Motaung.

In the most recent episode, he caught up with Lerato Sengadi-Tsambo, the wife of the late rapper HHP because he believed their marital situations were somewhat similar.

“Lerato and I, we’re in similar situations with different outcomes,” said Somizi.

He further explained that he believes she “has more rights” than he would because of the perception around same-sex marriages.

Some years ago, Sengadi was involved in a protracted legal battle with the family of her late husband, Jabulani “HHP” Tsambo, when they tried to diminish the status of her relationship with their son.

In an effort to keep her from benefiting from his estate, the family refused to recognise her status as his wife, claiming that the necessary rites and customs had not been completed in order for the marriage to count.

“When Jabu passed away … They just said that I don’t exist. Like, he was never married, the process was never finished.”

Somizi asked Lerato if their family had paid lobola and she confirmed that they did.

She also revealed on the show that his death certificate lists him as “never married” at the behest of his family.

The reality star hailed Lerato’s success in court as a victory for other people who may be going through the same thing.

Shifting the focus back to his own situation, Somizi told Lerato that Mohale had sent a letter requesting half of everything (in reference to his assets). This despite the fact that they did not sign any paperwork to ratify their union, nor did Somizi pay any lobola.

“Their standpoint is that we got married customarily so that means everything is in community of property. We didn’t do the lobola thing… “ he added.

However, Somizi says that they followed the necessary steps in terms of what is needed to inform the ancestors and introduce the two families to each other in the event of a wedding.

“And we only went to his side, they didn’t come to my side. Which they were supposed to but they never did.”

Somizi then drew parallels between his estranged husband and Lerato Sengadi, stating that though Lerato’s situation and court case puts his ex at a disadvantage, that does not sit well with him because it may be used against another gay man in future, who finds themselves in the same situation as Mohale.

Though he doesn’t want to give Mohale a cent of his money, the reality star says he is cognisant of what the outcome of his marriage dispute means for other people.

The theme of customs, culture, and tradition remained throughout the episode, as Somizi went to consult his family about performing rites and rituals that were never performed for him in order to pave the way for him to settle the matter of owing “damages” to Palesa Madisakwane’s family for impregnating her out of wedlock.

Season five of LTDWS has thus far followed Somizi’s daughter Bahumi’s efforts to change her surname to her father’s surname, something that her mother and her mother’s family are against.

The Madisakwane family’s qualm lies with the fact that Somizi never paid damages for Bahumi.

ALSO READ: How Lerato Sengadi and HHP’s family ended up at the ConCourt

The episode then concluded with Somizi meeting with Palesa to discuss the situation and come to an agreement about the way forward.

“This person is not only disrespecting my family, I felt like you disrespected my womb” said Palesa explaining how she felt disrespected by the fact that Somizi never honoured her and her family by performing the necessary traditional rites.

They came to the agreement that they would like to conclude the entire process within three months from the date of their discussion.