The one-hour documentary investigates how it happened that Abrie Raaths was found guilty of four counts of raping and two counts of sexually assaulting his daughter, Megan Raaths, who was only nine when the alleged crimes took place. 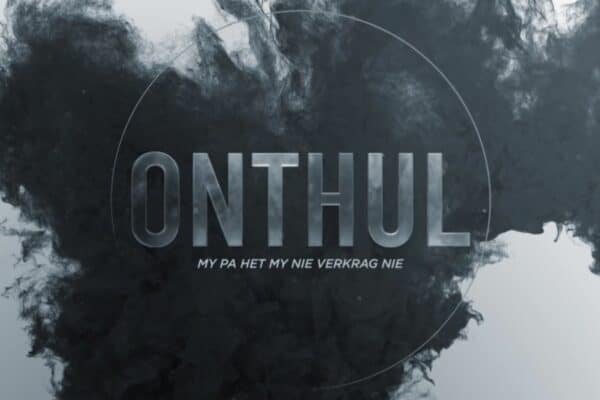 A father has been fighting for the past eight years to prove his innocence after being found guilty of raping his own daughter. He was sentenced to a lifelong prison sentence in 2012.

But his daughter has since declared under oath that he didn’t do it.

This shocking revelation is the focus of Onthul: My pa het my nie verkrag nie, an investigative news documentary by the producers of the Showmax hit Devilsdorp.

The one-hour documentary investigates how it happened that Abrie Raaths was found guilty of four counts of raping and two counts of sexually assaulting his daughter, Megan Raaths, who was only nine when the alleged crimes took place. His daughter is now fighting for him to be exonerated and released from prison.

In her disturbing declaration on camera, Megan says she was told by a social worker to testify in court that her father had raped her. Several other fathers also reveal how their families were torn apart after unfounded charges of sexual assault were laid against them by their young children who were assisted by the same social worker.

The Sunday newspaper Rapport was the first to report on the scandal.

Inge Kühn, editor of Rapport, and Antoinette Slabbert, a senior journalist, explain why they thought there was something fishy about Raaths’s conviction. The private investigator Leon Nel discloses why he decided to assist the Raaths family to prove their father’s innocence.

The case will be heard in the highest court of South Africa.

“In the same way lives are destroyed when sexual abuse is allowed to continue, families are torn apart when accusations of sexual offences are made without sufficient evidence, or without following the correct procedures,” says Waldimar Pelser, M-Net Director of kykNET channels and former editor of Rapport. “

After Rapport reported on the Raaths case, we commissioned one of the best documentary teams in the country to investigate the matter. We wanted to give those levelling serious accusations, as well as those who maintain their innocence, an opportunity to be heard. It is of crucial importance to find out what really happened.”

The compelling documentary Onthul: My pa het my nie verkrag nie will air on on kykNET (DStv Channel 144) on Sunday 10 July at 20:00 .