The form reads well and these two will no doubt dominate the market. 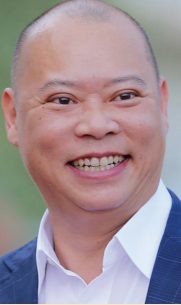 The Longines Cup (Race 5) is the main prize at Happy Valley today and the fight for the silverware is expected to be fought out by two local trainers with Chris So and Ricky Yiu.
The former has last start winner Exceptional Desire bidding for his second career victory and  returns to the same course and distance where he was a comfortable winner when leading throughout.
And with the rail in the C+3 position on this occasion, he might be well suited again with leaders often hard to catch. He is fit, in-form and the progressive type that can win again.
But a very solid case can also be made for Yiu’s Manful Star who is also a last start winner over the course and distance.And the pair met each other first-up this season when 0.25 a length separated them at the finish when beaten by subsequent winner London Master.

The form reads well and these two will no doubt dominate the market.
It might therefore be a good opportunity to ‘double-banker’ the pair in Trifectas and Quartets, as it is hard to see them not hitting the frame.
Included with the pair should be Planet Star, Happy Fiery Dragon,  Multigogo and Numero Uno. There could be decent value about with a couple of the minor hopes.
And local handler Ricky Yiu might have one of the better betting propositions on the card in the fourth race  with the debutant Speedy King. There has been plenty of buzz around the morning track work watchers with this fellow based on a series of barrier trials.

Interestingly, prior to being sold to Hong Kong he had performed well in a trial in Australia and with three more trials since arriving, Yiu has clearly signalled his intentions to have this son of Toorak Toff ready to score on his first start. He appeals as a win bet.
With Joao Moreira out due to suspension, it is expected that Zac Purton will be the jockey to follow at the meeting and he has a series of solid chances but one of the better mounts might well be Victory Follow Me in the second event.

He was a certainty beaten on his last outing when covering plenty of extra ground and making an early move, but in defeat, may have posted one of his better efforts in some time.
He has been plagued with bad barrier draws and from a better draw can atone. Purton should prove hard to beat in the final event as well with Starlight. He has won three of his last four starts, all over this trip at the city circuit and he makes plenty of appeal to continue the winning streak.