Ilitshe could pay to back in Java

Bondiblu and Dawn Assault might be his biggest dangers. 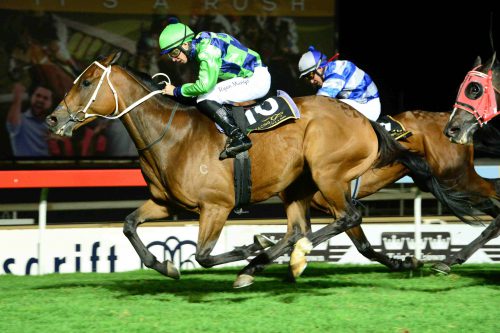 WINNING COMEBACK. Ilitshe has been off the racecourse for about six months but can make a splash on his return in the Java Handicap at the Vaal tomorrow.

Caradoc Gold Cup winner Ilitshe can capitalise on a light weight when he lines up against a competitive field in the R150,000 Java Handicap over 2400m on the Vaal Classic track today.

Ilitshe has finished in the first four in 12 of his 24 career starts, winning six times, and the form suggests he has a good winning chance even though he has not raced for 185 days.

His trainer Jurgen van Heerden has only had six runners so far this season for a win and a place and Ilitshe, his only runner at the meeting, could improve that record nicely. Ryan Munger will be in the stirrups again after riding Ilitshe to that Caradoc Gold Cup win.

In that race Ilitshe beat Let It Rain by 0.70 lengths and the runner-up is substantially worse off with his conqueror.

Ilitshe, a seven-year-old who races in the colours of his trainer’s Carefree Syndicate, was last seen out in the 3200m Gold Bowl in May when he weakened late to finish fifth, 8.50 lengths behind Hermoso Mundo. Lions Emblem was a 5.25-length second while Let It Rain was 0.50 lengths behind him in fourth and 2.50 lengths ahead of Ilitshe, who is obviously better than that effort suggests.

Lions Emblem has gone up 0.5kg in the weights, while Let It Rain carries 5.5kg more this time. Ilitshe has the same weight. Ilitshe should reverse the form with Let It Rain, while Lions Emblem seems to have lost interest in racing in his three starts since.

Strong winning chances must also go to recent winner and topweight The Elmo Effect as well as Kinaan, Amsterdam and Sheet Weaver, but it might pay to make Ilitshe a floating banker in Quartet and Trifecta bets with the others mentioned.

Best Pick 6 banker at the meeting might be Silver Duchess in Race 8 over 1500m. This Terry Lowe-trained mare has been knocking at the door in her last three starts and could overcome a wide draw. Callan Murray was due to ride.

Pretty Ballerina could pirouette back into the limelight if she fails to deliver again. There was probably something amiss with the Ormond Ferraris-trained filly last time and if she runs anywhere close to her winning debut effort, she will be right there when the line flashes past.