Champion trainer believes his other three horses have chances in an open race. 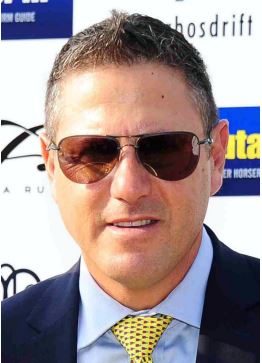 Given the competitive nature of the R2-million Gauteng Sansui Summer Cup the runners’ connections will be going to Turffontein tomorrow hoping for the best.

As was intended when the conditions were structured for the race, every runner has a chance of winning the R1.2-million first prize, including all four to champion trainer Sean Tarry’s runners, French Navy, Liege, Tilbury Fort and Social Order. He believes French Navy is the right one, but he has got a poor draw at No 17, which has rather “neutralised” Tarry’s enthusiasm. “In his favour, he comes from off them and has had a very good preparation,” said Tarry.

Liege, he said, has a log going for him – the draw, a light weight and a good preparation. However, his last run, when he never raised a gallop behind Girl On The Run in the Victory Moon Stakes, has Tarry perplexed. “I was a little disappointed, and I’m hoping it was a flat run – but there’s still that question mark,” he said. As for Tilbury Fort, Tarry said he “was very happy with his last run”, when staying on well and getting hampered late in the Peermont Emperors Palace Charity Mile.

“Maybe he could have been a length, 1.50 lengths closer – and he was drawn 14 out of 16 that day. He will benefit from a good draw this time. “He’s had a nice preparation and it wouldn’t surprise me to see him right there,” continued Tarry. Lightly raced Social Order, he said, “is a horse on the up and I do rate him. He has a lot of potential. “I gave him a break after his first two wins to strengthen him up and can’t say it’s worked because he hasn’t found the winner’s box since.

But he is strong and fit now.” He journeys beyond 1600m for the first time but Tarry believes this kind of distance might be what he’s looking for. “He’s a nice horse carrying 52kg in a handicap.” Arguably Tarry’s best on the day is Emperors Palace Ready To Run Cup winner Big Bear in the Investec Dingaans over 1600m, the main supporting feature. “I’ll be disappointed if Big Bear get beaten – even though the race is really competitive,” he said.

“He’s a really good horse, as you saw that day when he gave weight and beat a Grade 1 winner in Proud Mary and Wonderwall, a Grade 2 winner ran fourth. His time that day was 0.5 sec faster than the other race over the same distance on the day. He is not concerned about the longer distance, saying, “I think he’s lookin for the 1600m and further. Obviously No 12 draw is a concern and we’ll have to take our medicine and give him a chance because this is a strong field.”

His other two runners in the race are Silver God, “who I have always rated quite highly and has only been over a ‘mile’ once, which he won. He’s had a perfect preparation”, and Missouri, “who will appreciate the step up in distance”. His day starts with Myfunnyvalentine in the EFC Worldwide Magnolia Handicap (Grade 3) over 1160m, who is well in with Spring Wonder.

“It’s an open race and a few horses have chances. She’s one of them,” said Tarry. He has a slight preference for Aurelia Cotta in the Hi-Fi Corporation Fillies Mile (Grade 3), but says La Bastide is the one in form at the moment. However, it’ll be very hard to beat the top three in the betting”. Firm going hasn’t suited Aurelia Cotta, he believes, so the slightly softer ground after Wednesday’s rain will help her cause. “I think she’s going to raise her game and come back to the sort of form that saw her win back to back in the beginning,” he said.

“Going to the ‘mile’ and No 1 draw are also massive plusses. La Bastide is also trying further, but “based on her pedigree she’ll improve over the extra distance”. Bull Valley is a horse many people will rely on as a banker in same-race exotic bets and, although he has a massive eight, he “should have come on” with his last run, when he was mowing them down at the finish and was only 0.50 lengths adrift of Naafer over 1160m. “He’s the class horse of the race but the weight must be a concern,” said Tarry.

Africa Rising, who was gelded “and is better for it” will also run for Tarry in the Merchants. He won his only start at this distance, on debut, and his runs over extended sprints have yielded two wins and two seconds from five starts. So there is a possibility he will find this on the sharp side. “But he is fresh and will run on very strongly,” said Tarry. He does not believe any of his runners in the Ipi Tombe Challenge can beat Nother Russia, but makes Tahini his stable elect, and thinks Intergalactic will “run a decent race”.

Where Supertube in the Racing Association Handicap is concerned, he says: “I’m thankful for the rain because it’ll help him quite a bit. He stays well and with bottom weight will hopefully give a good account of himself.” Tarry ends the day with Count Tassilo, in Race 10,  who ran a good race at Turffontein last Sunday