Best might be High Seas Beauty, who rates a banker in Race 6. 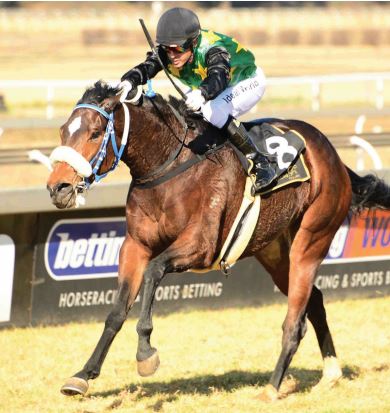 Nearly a third of all the runners the Mike de Kock stable has sent out in November so far have won and more than two thirds have finished in the placings, so punters at the Vaal tomorrow should not leave any of the stable’s runners out when deciding their bets.

In fact, the final four races on the programme could go the stable’s way, with Fish River having an outstanding chance in Race 5 over 1200m, High Seas Beauty rating a strong banker in Race 6 over 1400m, Noble Secret set to make amends for a disappointing last run in Race 7 over 1600m and Rajasthani Queen looking “the goods” in Race 8 over 1600m.

There is depth to High Seas Beauty’s race but the High Chaparral import is set to improve on her last run, her first after a rest of nearly two months. In that race she stayed on strongly to finish second behind La Bella Mia over 1160m at Turffontein with five of these horses behind her and every chance of confirming the form on paper. She has won over this straight course and distance, which suits some horses more than others, although the No 3 draw will mean Callan Murray will have to edge her towards the outside for the quicker going.

The stable has replaced the cheekpieces with blinkers this time around. She must rate the one to beat in the race. Her dangers include Diamond Noir, who could offer value in Swingers, Sun Sentinel, Last Girl Standing, Kirkconnel Lass and Kahlua Rose. Noble Secret has only run twice, winning his debut in July with a 9.25-length win over Aquila Warrior, who is still a maiden, in a 1200m sprint at this track. Although he beat nothing of note, he was well supported last time out but just needed the run after a four-month rest and finished third behind Pinnacle Peak this month. He will be fitter for that outing and his breeding suggests he will relish this longer distance. He rates a Trifecta and Quartet banker with Sail For Joy, Bold Viking, Tommy Waterdevil, Raydaveric, Street Flyer and Bush Pilot all with place chances.

Rajasthani Queen is another who disappointed in her second start after a winning debut, but she, too, should enjoy the 1600m and looks sure to improve. Dawn Flight, who is much better than her last run, and in-form Teenage Dream look her main dangers. Fish River, who is by Irish 2000 Guineas winner Canford Cliffs, is probably the most interesting horse in the De Kock arsenal tomorrow although there is no guarantee she won’t need a pipeopener in her first start since May.

Her form before that included a 3.50-length win over subsequent Golden Slipper winner Desert Rhythm and a second to aboveaverage Silver Thursday. There  are other feature-race contenders in the line-up, including Gardenia Stakes third Movie Show, Star Profile, who finished ahead of Fish River in the SA Fillies Nursery, and Frederico’s Dream, who might have found the 1600m of the Thekwini Stakes too far at that point in her career.