Leading the stable’s attack is three-time winner Carlita (Aldo Domeyer) who was defeated only once in her four starts – and that was a gallant second out of 15. 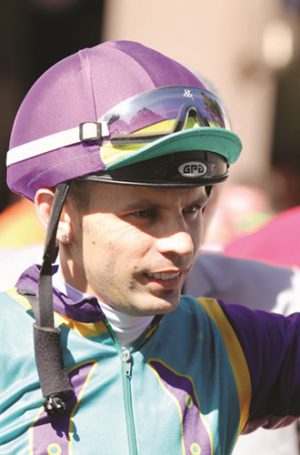 Champion trainer Alan Greeff looks to be holding a winning hand at Fairview on Friday when sending out five of the 12 runners in Race 8 and top event, the Lady’s Slipper Stakes, a Listed contest for two-year-old fillies over 1400m.

Leading the stable’s attack is three-time winner Carlita (Aldo Domeyer) who was defeated only once in her four starts – and that was a gallant second out of 15 in the 1000m Juvenile Stakes (Listed) at Kenilworth.

On her return to base, this daughter of Oratorio stamped her class with an impressive double at Fairview. Teamed up with Domeyer, she won by an increasing 2.75 lengths over 1000m and then stepping up in class and distance she justified cramped odds again with a two-length win in the 1200m East Cape Fillies Nursery.

This classy filly returns refreshed after short break and, with the advantage of a good draw, rates a banker in all exotic bets.

But expect a bold bid from her stablemate Madame Speaker (Teaque Gould). Never out of the money in five starts with Gould up, she was a runner-up to Carlita in the Fillies Nursery and followed up with a runaway maiden win.

Then taking on all male opposition she was a clear-cut winner in the Listed East Cape Nursery over 1200m. Up against male rivals again in her subsequent outing she was a gallant second in the 1200m Dahlia Plate over the same distance.

Also in with place claims is Gavin Smith-trained Klever Kathy who has been unplaced only once in her five starts – and that was in the Fillies Nursery. However, this Bold Silvano filly showed smart recovery in her two subsequent outings when a decisive winner over 1200m and then a game second under 60kg over 1400m.

Making most appeal of the others is Greeff-trained Watsonia (Greg Cheyne) who was a creditable third to Carlita in the Fillies Nursery and followed up with two placed runs.

This feature event is Leg 5 of the Pick 6 which starts with a carry-over of R223 005 and is expected to reach a pool of R1-million.