The Turffontein Standside track is being prepared for summer season, and it was good fun to be involved in an off-the-track event at the launch of the Summer Cup. 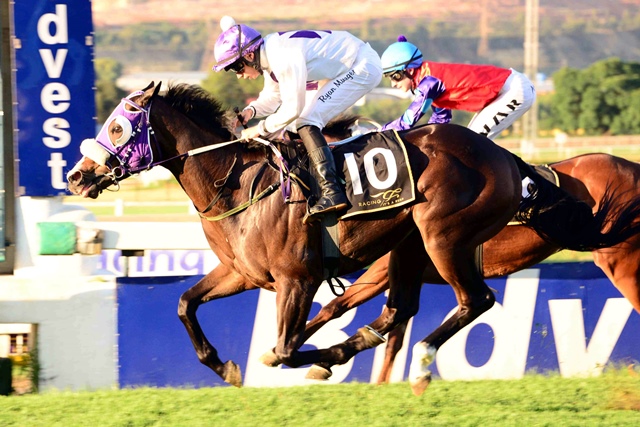 The Johannesburg summer season will soon be under way and next week we already have our first feature of the season with the running of the Grade 3 Spring Spree Stakes over 1200m. We could do with a bit of rain, which will get the grass to grow so we can have better race conditions for the horses but unfortunately that is out of our hands.

We soon will be having a number of top horses having their first runs following a short break and that should make for interesting racing. Most of these horses will be preparing for upcoming features and will not be at their peaks, which could make tipping winners a little more difficult.

Last Wednesday we had the launch of the Summer Cup where G-BETS were announced as the new sponsors of the race. The launch was a load of fun and it was great to be part of an off-the-track occasion. A couple of jockeys attended the launch and we were all asked who we will be riding but it’s still a long way before we know who will be entered. If the launch is anything to go by we will be heading for a great season and hopefully we will be in for a wonderful Summer Cup day on Saturday, 1 December.

Today we are racing on the Inside track at Turffontein and will be doing so for the foreseeable future as they are in the process of preparing the Standside track for the upcoming season. Once again I will give you the order in which I phoned for rides as punters have been asking me for my preferred choices.

Race 1 is a Maiden Plate over 1450m where a good draw is definitely in your favour. There are a couple of unraced horses but it will not be easy for them to win around the bend on a fast track.

For that reason I’m leaning towards Viking Trail, Tripple Z and Liberado to fight it out. The first two are the younger horses while Liberado is older but had a very good last run.

Race 2 is another Maiden Plate, this time for fillies, where my first choice is Deerupt. She should be a banker in the BiPot. I did call for the ride.

The danger could be Sun Up while Miss Pinkerton could improve with the benefit of having a claiming apprentice in the irons.

Race 3 is another 1450m race and this time it’s a handicap which makes it more difficult to tip a winner. My selections are Play The Night, Darkest Hour, Shortstop and my mount, Mount Keith.

Mount Keith has been sprinting and is trying this distance for the first time. The way he runs on suggests the distance should not be a problem but my concern is whether he will get there in time with the short straight on the Inside track.

We will go with Darkest Hour for the Place Accumulator because he was unlucky last time, and then put in Mount Keith along with one of the other runners.

My intention was to phone for Darkest Hour but before I managed to make the call Andrew Fortune, Ashley’s husband, called to offer me the ride on Mount Keith which I was quite happy to take.

Race 4 is another handicap and here Quattro is the horse to beat and I make him a PA banker. For the Pick 6 include Thewaywemakem, Lone Survivor, Cumberland and the horse for who I phoned, Varimax.

Race 5 is another handicap, this time over 1000m. My first selection is Effortless who now has the benefit of a good draw. She could also be a possible PA banker.

Her dangers are Rebel’s Idol and Mademoiselle. For the Pick 6 consider Ilha Da Var and Claremorris as well.

I ride River Ayre who on her best form should have a chance but her last two runs have been poor so I’m not sure what to expect.

Race 6 is another handicap with my first selection being Chailyn Boy but he has a wide draw to overcome. Therefore, you need to include Rebel Renegade and Singaswewin in the PA.

For the Pick 6 consider Supanova who has changed stable and often they improve, as well as my ride, Queen Of War, even though she’s taking on the colts.

Race 7 is one of these new races called an Assessment Plate where you get some really weak horses taking on some top horses. On this occasion Noble Secret stands out and he should be a hard horse to beat. However, it is his first run after a couple of months break and 1600m on the Inside track could also be on the short side for him. Despite all those obstacles he should be good enough for the PA but the horse closest to him on handicapping is Purple Diamond and he might be worth including in the Pick 6.

Obviously I would have liked to ride Noble Secret but I knew it would have been pointless to call for the ride as Randall Simons is the first-choice jockey right now.

I ride Orpheus who is having his first run this year after a 10-month break. He is also not well handicapped and he’s had some issues in the past. But hopefully we will see some improvement as he did show talent early in his career.

Race 8 is a fillies’ handicap over 1600m and they are often difficult to assess but on this occasion I think Fragrant Miss and Hafla should fight it out and they should be good enough to include in the Pick 6. As Fragrant Miss won well last time she should be a PA banker.

The ride I tried to get was Shelly but to my surprise, I didn’t get it.

Race 9 is another handicap and you could quite easily include the field in the Pick 6 as this is not a very strong race. But I am leaning towards the horses I would have preferred to have ridden, Wildlife Safari, Pachuco and my roughie, So Long Spring. Those are my PA runners.