The gelding’s next win was two runs later when he came from last to win by an increasing 3.40 lengths in a 1000m Pinnacle Stakes at Turffontein. 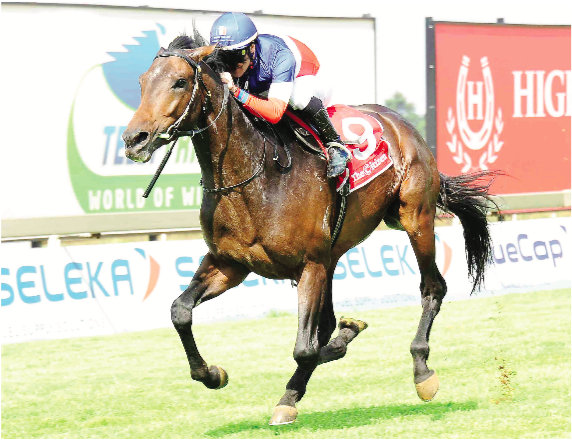 Gauteng raider Rebel’s Champ out of Paul Peter’s stable has the right credentials to post his sixth career win at Scottsville on Sunday when teamed up with champion Lyle Hewitson in Race 7, a Pinnacle Stakes over 1000m.

This classy four-year-old’s only unplaced run in his last six starts was in the 1000m Computaform Sprint (Grade 1) at Turffontein, where he was not disgraced in the 16-strong field as he finished 4.45 lengths off the winner.

This he proved in his following outing when carrying 64.5kg with Hewitson aboard for the first time and scoring impressively by 4.5 lengths in a MR 88 Handicap over the same course and distance.

The gelding’s next win was two runs later when he came from last to win by an increasing 3.40 lengths in a 1000m Pinnacle Stakes at Turffontein.

His subsequent run when carrying top-weight was another stout effort, as he was a fast-finshing 1.70-length fourth out of 16 in the 1000m Golden Loom Handicap (Listed) at Turffontein.

With Hewitson aboard for a second time, the combination looks like it will be a tough one to beat.

The pick of the others are Captain’s Girl, Sunset Eyes and Cal-vary.