There was high drama in the closing stages of this year's running of the Vodacom Durban July with a stewards enquiry needed to decide the winner of the R3.5-million affair. 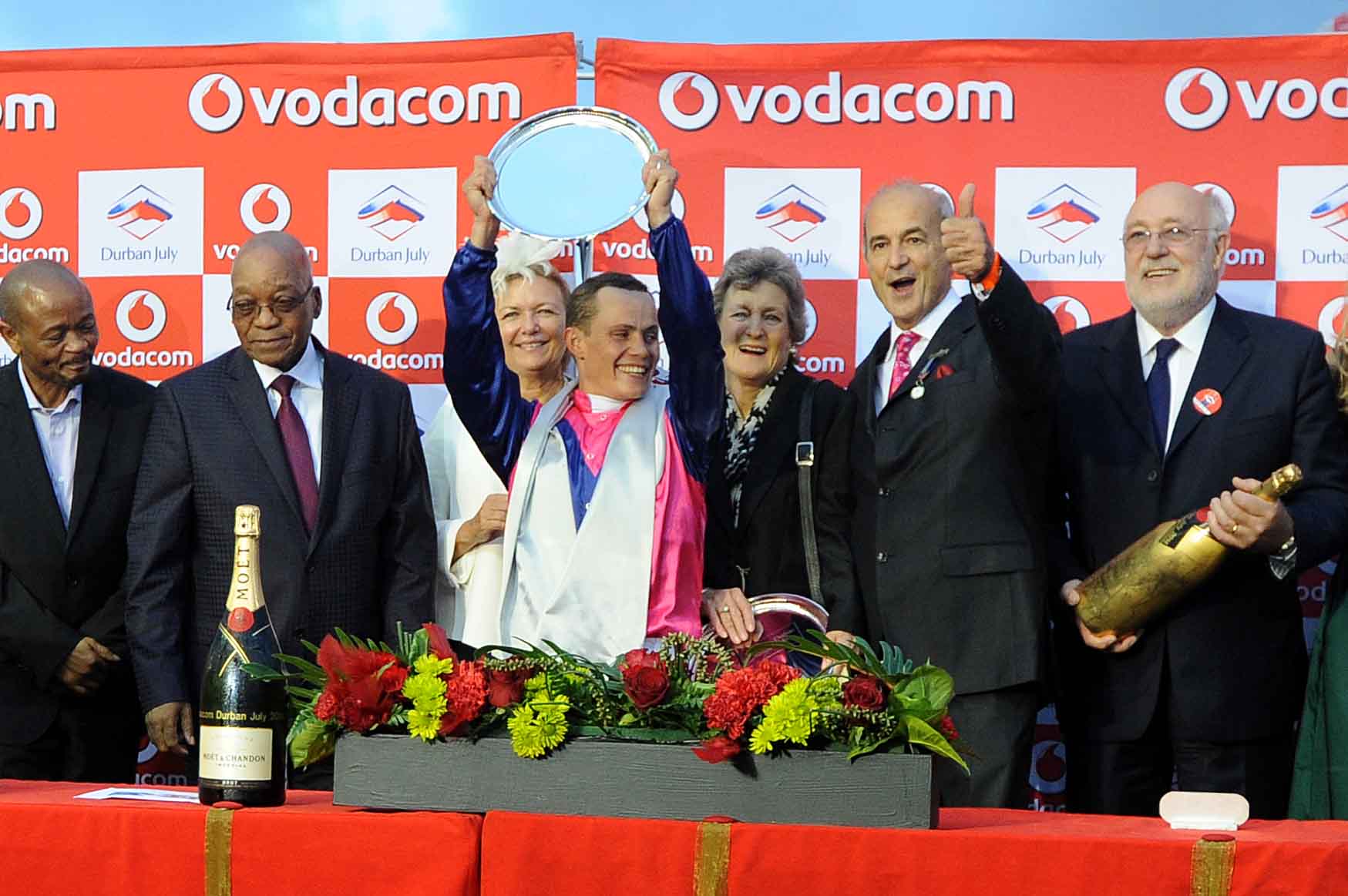 In the closing stages of the 2 200m race at Greyville Racecourse in Durban, it was a two horse duel between Wylie Hall and Legislate and the pair fought out the final 300m in what was a neck-and-neck affair right up until the former got his head in front on the line.

It was a matter of minutes before the hooter for a race review sounded as Legislate’s rider, Richard Fourie, lodged an objection with the stipendiary stewards on the grounds of interference in the closing stages.

READ MORE: Legislate ‘could have won by a length’ – Fourie

After what felt like eternity an announcement came over the loudspeaker here that the objection had been upheld and that Legislate had claimed victory in a race considered to be one of the greatest in Africa.

For trainer Justin Snaith the victory affirms his position at the head of the national trainers’ log as the championship race heads towards a July 31 conclusion.

President Jacob Zuma was present to hand winner’s trophies over to Snaith, Fourie and the group of owners of the three-year-old bay colt.

The win marked a second triumph in this race for Snaith having shared first place in 2008 when Dancer’s Daughter dead-heated with Pocket Power while Fourie claimed the July for the first time in his career.

Wiley Hall beats Legislate ( 9) but is relegated to 2nd place during the Vodacom Durban July at Greyville Race Course on July 05, 2014 in Durban. Photo by Anesh Debiky/Gallo Images