Captain for the Mile

The race was opened up once again and while a number of the original runners are still there, a few new names have been added. 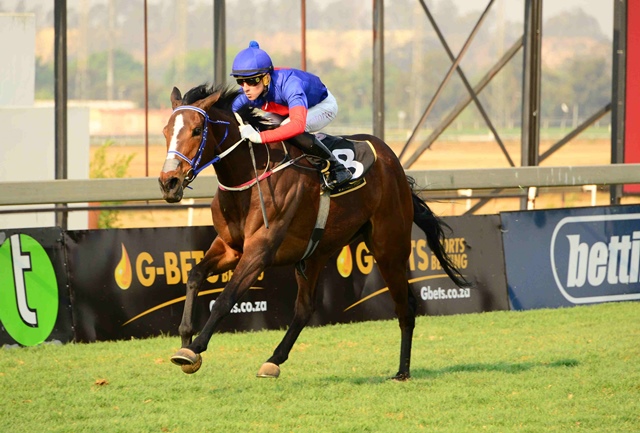 IMPRESSIVE. Forest Express ran away from her opposition over 2600m last time and a repeat performance from Sean Tarry’s charge is expected in Race 1 at Turffontein today. Picture: JC Photographics

With rain washing out the Egoli Mile (Non-Black Type) at the Vaal last week the decision was made to run the race at Turffontein tonight.

The race was opened up once again and while a number of the original runners are still there, a few new names have been added.

For a start, Mathew de Kock con-firmed yesterday that Protea Paradise, who won on Sunday, will not be lining up tonight.

That possibly opens the door for Captain Of Tortuga. He has yet to win over 1600m but did run third behind Chijmes in an Assessment Plate, beaten 3.95 lengths.

He is impeccably bred, being by Captain Al out of a multiple Grade 1 winning mare Ebony Flyer and he cost R4.5-million as a yearling.

Both of his parents won the respective Grade 1 Guineas in Cape Town and as such, 1600m should be within his compass.

He started his career in Cape Town with Justin Snaith, who trained the dam, but after four runs in which he failed to win his maiden, Captain Of Tortuga was gelded and then moved to Ormond Ferraris in Johannesburg.

He won his maiden by 4.20 lengths on his local debut over 1400m at the Vaal and has placed in his next three starts in decent company.

Apprentice Luke Ferraris takes the ride and they jump from No 8 draw.

Interestingly, when they were supposed to run at the Vaal Piere Strydom was carded to ride him but is now aboard Crimson Royale for trainer Sean Tarry.

This filly improved with a tongue tie last time when beaten 0.50 lengths by Only To Win over this distance.

She clearly has ability, having run a 1.05-lengths third behind Wilgerbosdri Gauteng Fillies Guineas winner Nafaayes as a juvenile and with her return to form she has to be a contender.

What will please Strydom is that she will jump from barrier No 2 and that must be in her favour.

This three-year-old colt has only run three times for two successive seconds followed by a 1.20-length win over Fairbanks.

This son of Captain Al clearly has room for improvement but jumps from draw No 12 which is not great over this distance.

The best bet on the day looks to be Mighty High who run in Race 2 in an Assessment Plate over 1160m.

He is at least 4.5kg better handicapped with the rest of the field and he is undoubtedly a Bi-Pot banker and add into all all-to-come bets.