Head Honcho goes for three from three on July day

This eight-time winning five-year-old will attempt to register a third consecutive July day triumph on Saturday. 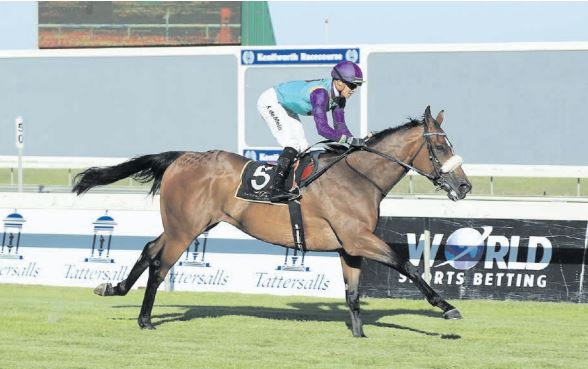 Horses do not run on paper.

Keep this cliche in mind when studying the horses running in the Vodacom Durban July. It could be the difference between coming out of the race richer, courtesy of a nice outsider, or leaving empty-handed.

And, in the case of the Andre Nel-trained Head Honcho, Greyville racecourse – especially on July Day – is his home ground.

This eight-time winning five-year-old will attempt to register a third consecutive July day triumph on Saturday.

He showed his class by justifying hotpot favouritism in the Mumm Stakes on July day in 2017, despite the fact jockey Anton Marcus dropped the crop at the 400m marker.

This year, Head Honcho is in the big one – the R4.25-million Vodacom Durban July over 2 200m and with the same jockey, Keagan de Melo, aboard.

When it comes to winning the Durban July, history clearly shows that favourites don’t fare well in this Grade 1 contest. In fact, runners who have topped the betting boards have failed to win the last seven instalments of the country’s most popular horse race.

Betting World are offering 22/1 about Head Honcho and considering TAB will be paying out on six places, he also looks a great place bet.

The last thoroughbred to justify favouritism in this race was Mike de Kock-trained Igugu at odds of 2/1 in 2011.

Another interesting statistic is that, of the past seven favourites, Al Sahem is the only horse to have finished second. The rest have been from fourth (71/10 shot African Night Sky last year) and 17th (18/10 – Jackson in 2012).

Head Honcho returned from a four-month stint off the racetrack in his most recent attempt, when runner-up behind Matador Man over 1 600m.

But with the benefit of fitness, this son of Querari will surely improve on that effort.

He was on an impressive three-run winning streak prior to running a good third in the Grade 1 Sun Met, beaten by less than a length by Rainbow Bridge.

He has good form, so don’t write him off because of a wide draw.

In recent years both Pomodoro (2012) and The Conglomerate (2016) have overcome that disadvantage.

This mission is not impossible!