Third wave locks racehorse owners out of the Durban July

Only essential permit holders - trainers, jockeys, grooms and officials such as vets, stewards, judges and start handlers - will be allowed into Greyville. 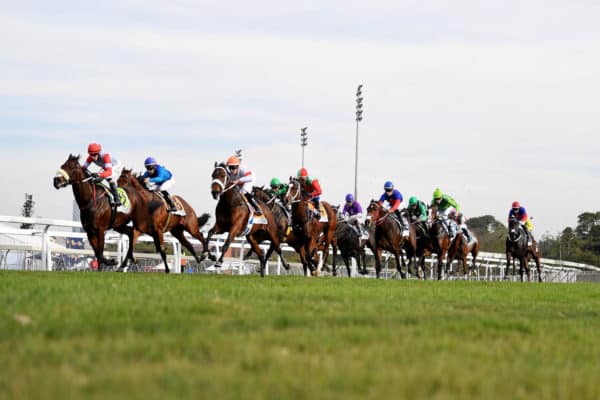 Saturday’s Vodacom Durban July is still on – for now.

But there will be no crowd roar from the stands as the victor flashes past the famous winning post, with racegoers having been banned from South African racecourses for more than a year.

Even the lucky owners of the big race winner will be denied the joy of leading the horse into the winner’s circle after his or her triumph at Greyville racecourse.

No owners will be allowed into the venue thanks to tightened restrictions of the Covid-19 adjusted Level 4 declared by President Cyril Ramaphosa on Sunday night.

Owners and suite holders had been permitted at race meetings as the lockdown eased, but a National Horseracing Authority directive issued on Monday morning stated: “Racing will return to the original ‘Racing Behind Closed Doors’ protocols which will prevent any person, other than those that are in receipt of essential permits to attend race meetings.”

Jockeys will be allowed to fly around the country to fulfil engagements throughout this week – and to Durban for the July – but will have to stay in one centre from Sunday 4 July.

“Jockey travel will be restricted and every rider will be required to be domiciled in the racing district where he/she elects to ride in, on or after Sunday 4 July 2021. Once a rider has ridden in a race in a district on or after this date, he/she will not be permitted to ride in another district until further notice. This includes work riding as well,” said the NHA.

The NHA made no mention of horses being transported from one centre to another. At least four July runners – including ruling favourite Got The Greenlight – are resident on the Highveld and are due to be taken to Durban by horsebox towards the end of the week.

Most Cape Town visitors to KwaZulu-Natal are already in that province for the monied winter feature-race season.

The NHA continued: “The situation will be carefully considered on Sunday 11 July 2021 to establish if there has been any positive changes that may permit any relaxations to these protocols.

“The NHA urges all stakeholders to ensure that the non-pharmaceutical measures of social distancing, frequent washing of hands and the mandatory wearing of clean masks be strictly adhered to. This ‘tsunami’ third wave is extremely infectious and the continuation of racing is highly dependent on each and every individual playing their part.”

An announcement on attendance at betting shops is still to be made. Online betting with bookmakers and the tote is available for punters and the many “once a year flutter” bettors.