Crackpot could be a Jackpot banker

Her latest win, which was last month was particularly good as she was full of running beating Jet Intombi by 1.75 lengths. 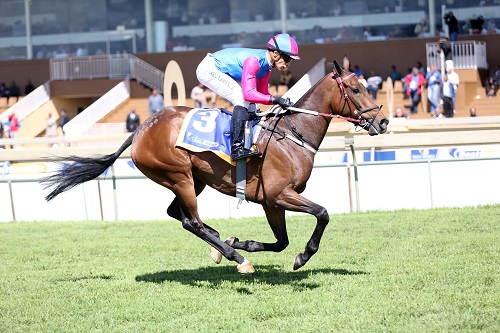 Since joining the Duncan Howells yard, Crackpot has won three times this year and could win Race 4, a MR 85 Handicap over 1800m on the Greyville Polytrack today.

This Judpot mare won on the Polytrack in March and again at Scottsville over both 1600m and 1950m. Her latest win, which was last month was particularly good as she was full of running beating Jet Intombi by 1.75 lengths.

Jockey Brandon Lerena has a good record on this five-year-old and can overcome the five-point penalty she received for that win.

The Dean Kannemeyer yard is back in form and both his fillies in the race Little Chapel and Playboy Buddy have winning chances. Little Chapel may have just needed both her recent runs and is back over a similar course and distance to that which saw her win two races in December.

Playboy Buddy took a long time to break out of maiden company but has won another two races since and returns to the course and distance of her latest win. Lala and Mamasita are two others who deserve respect.

There are a number of competitive races but it could be worth supporting the Kannemeyer yard’s runners in two other races on the day.

Tanjiro has only won once in 15 starts but has been in good recent form looked very unlucky not win his latest start. Pole position draw should allow Delpech to get the run of the race and this course and distance suits.

Born To Rule has been doing well with front-running tactics and may have gone a bit too fast over 2400m last time out and will prefer this shorter distance so is the main danger.

Like his stable companion Tanjiro Soldier’s Code also took his time to win in his first race (10 starts) but has won another two races and does look to be improving.

In fact Soldier’s Code has won his last two course and distance starts.