Off on a Trip To Troy?

Some runners not sure to stay the distance. 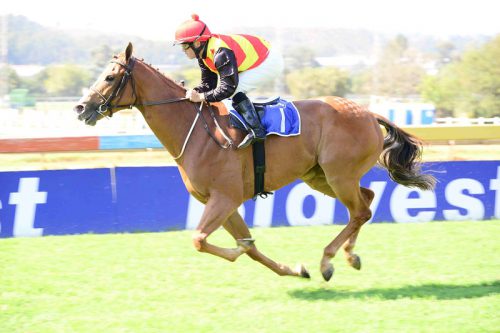 Since having been gelded Bold Rex has turned into a decent racehorse. Mike de Kock’s charge has won two of his five starts since that “unkind cut” and has finished third in both the Grade 2 Victory Moon Stakes although badly out at the weights, and the Grade 2 Investec Dingaans behind Singapore ling and stablemate Heavenly Blue.

On that basis Trip To Troy has to have a big claim in Race 8 at the Vaal today, a MR 80 Handicap over 1600m on the Vaal outside track. He finished second to Bold Rex over 1800m on the Inside track last time, beaten two lengths. Piere Strydom rode him on that occasion and will reprise that role.

The main concern is the straight 1600m. He runs well over the distance – both his wins have been over 1600m – but they were around the turn.  In his only run over the course and distance he could only manage a 3.80-length fourth behind Roving Jet, although he did lose ground at the start.

He is also is drawn No 5 on a course that usually favours outside draws but the other day they were winning in the centre of the course. Geoff Woodruff’s charge does not always stride out but he has won despite that.

One runner who loves this course and distance is Man’s Inn. He has had four runs over this course and distance and won three of them. Last time he finished fourth behind Bold Rx and was just 0.75 lengths behind Trip To Troy. He is also 1kg better off and that should bring them very close together. Karl Zechner replaces Randall Simons on this occasion but he has ridden Lucky Houdalakis’ charge previously.

They are drawn alongside Trip To Troy at No 6.

Houdalakis also has a second runner in Cockade. This son of Mullins Bay has put up some excellent performances against good horses. However, he is now six-years-old and remains a one-time winner. He is nicely drawn at No 9 and last time ran a decent 2.40-length third behind Brazuca over 1400m.

However, he tends to find something to beat him and although this could well turn out to be his day, I feel one should look elsewhere for the winner. Muzi Yeni takes the ride.

My Treasure, Cherokee Grey and William Nicol have the form to win but are suspect over the distance.