Anybody who has ever attended the Met will know this is more than an ordinary race meeting. 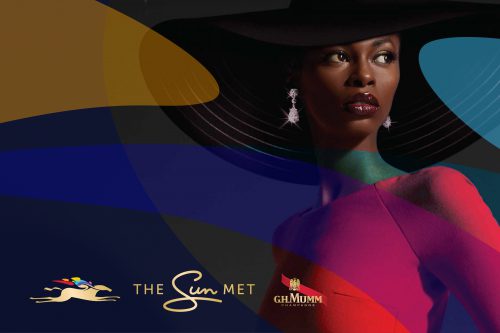 With almost R24 million in stakes money up for grabs, the horseracing meeting at Kenilworth on Saturday, January 28, is now Africa’s richest race day.

Heading the card is the R5 million Sun Met, now the most valuable Grade 1 race in South Africa. The country’s best horses will line up for this thrilling race over
2 000 metres, which has been won over the years by some of South Africa’s greats.

There are three other Grade 1 races on the card, the Investec Derby for three-year-olds over 2 000 metres, the Klawervlei Majorca Stakes over 1 600 metres and the Betting World Cape Flying Championship for sprinters over 1 000 metres.

Also on the card are the two races only open to three-year-olds bought at the 2015 Cape Premier Yearling Sales which will carry prize money of $500 000 (R6.9 million) each.

But anybody who has ever attended the Met will know this is more than an ordinary race meeting. On show will be a dazzling entertainment line-up that includes Sketchy Bongo featuring Kyle Deutsch and Shekhinah, Goodluck and Mi Casa.

The likes of Sergio Ines, Melody Molale, Sarah Langa, I See A Different You and Jerri Mokgofe will all be styled in their “Decades of Glamour” attire by the SA fashion prodigy Casper Bosman. The cognoscenti of South African style will also all be in attendance. Jeannie D, Minnie Dlamini, Somizi Mhlongo, Khanyi Mbau are just a few of SA’s celebrities who will be there.

A public arena will host premium culinary experiences, bar facilities and entertainment by some of SA’s hottest acts.

“Sun International has been delivering high quality experiences since its inception. With this year’s entertainment, fashion and star-studded celebrity list, the Sun Met will continue our bloodline in this regard,” said chief operating officer of Sun International, Rob Collins.

Don’t forget to enter The Citizen’s Sun Met competition. Two lucky readers will each win a once-in-a-lifetime VIP experience at the races.

A lucky pair will win return flights to Cape Town, including transfers in Cape Town, two nights’ accommodation and meals for two people sharing and a VIP experience at Kenilworth on race day. The winners will also receive R2 000 free TAB bets, R3 000 in cash, R3 000 clothing vouchers and R2 000 free TAB win or place bet on a horse of the winner’s choice in the main race.