He is currently quoted at 45/1 by Betting World but could be a lot better than his odds might suggest. 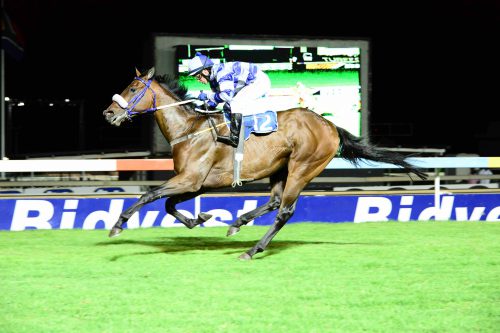 When it comes to a major, the non-regular racing person wants to have a flutter and get a good return for the money. The art is to find a good outsider to back for a win and a place.

The horse who could provide good place value in the R5 million Sun Met over 2 000 metres at Kenilworth Racecourse in Cape Town on Saturday could be Mac De Lago.

He is currently quoted at 45/1 by Betting World, but could be a lot better than his odds might suggest.

He is an Australian-bred runner and has always shown lots of potential. He won his first Grade 1 race in Durban last year when taking the Gold Challenge over
1 600 metres at Greyville.

He then ran in the Durban July and interestingly enough, went off at 45/1 and ran on strongly to finish third behind The Conglomerate.

Second in that race, 1.50 lengths in front of Mac De Lago, was Marinaresco who is currently the 28/10 second favourite for Saturday’s big race.

This time Mac De Lago is 3.5kg better off with Marinaresco which translates into about 3.5 lengths. That means, on paper at least, Mac De Lago should reverse the form.

Mac De Lago did have a setback during the Summer Cup at Turffontein in November, but trainer Weiho Marwing says his charge has overcome the problem. “We seem to be on top of that now and he’s doing very well,” said Marwing yesterday.

The horse arrived in Cape Town yesterday morning and travelled very well. Mac De Lago will be ridden by Aldo Domeyer who won this race in 2013 on Martial Eagle, a 75/1 outsider.  Domeyer is in top form and two weeks ago rode six winners from six rides at Kenilworth. He is the son of former champion jockey Andrew Fortune.

Mac De Lago is owned by Hassen Adams, a major shareholder in Burger King. Unfortunately, he will have to rely on “Big Mac” to win the Sun Met.