Princess to take the crown

Third time appears to be the charm for this daughter of Rock Of Rochelle. 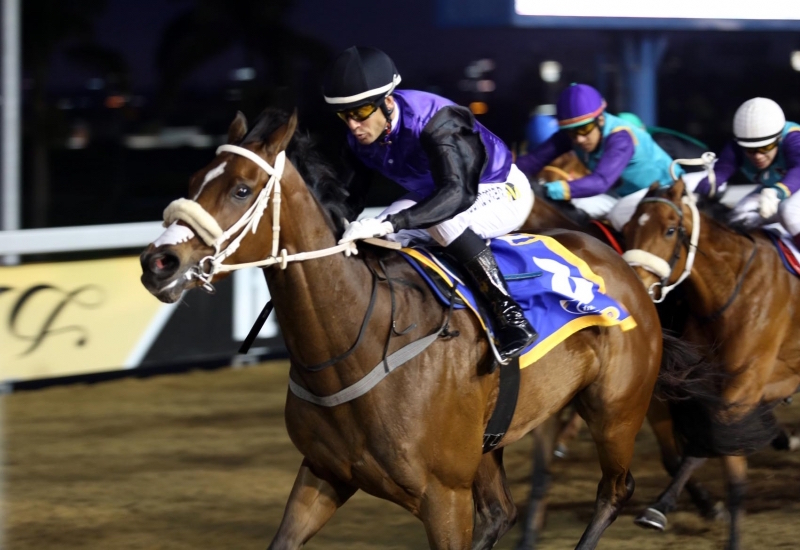 SECOND WIN DUE. Ledimasprincess has a lot in her favour when she runs in Race 5 over 1600m on the Greyville Polytrack today.

The race for the apprentice jockey title may be done and dusted in spite of Lyle Hewitson being out of action after a nasty fall, but the race for second place could still lead punters into the payout queue.

Eric Ngwane shares second place with Diego de Gouveia with 27 winner and he’ll want to add to his tally at the Greyville Polytrack today in Race 5, the Track & Ball Gaming FM 65 Handicap over 1600m.

He rides Dennis Bosch-trained Ledimasprincess who is quoted by Comptaform at a forecast price of 7-2 and who finished second on her last two outings. Third time appears to be the charm for this daughter of Rock Of Rochelle and here’s why.

She shoulders a modest 58kg and will jump from a good No 5 draw which should only increase her chances. She enjoys the Polytrack having run out the money only once over it. Interestingly enough, the runner who beat her last time out, Just Cruised In has gone on to win another race and the third-placed runner Caddy Master finished second behind Fellow Traveller last Wednesday. This only indicates that on form she shouldn’t get beaten here.

This three-year-old filly seems to have found her niche over the 1600m trip. Her main threat could be African Sunbird who has been rather disappointing of late. She’ll have Anton Marcus – who is in top form and has won on her before – up. They’ll shoulder 58.5kg and will jump from a rather good No 3 draw.  If she has her head in the game she could go extremely close.

Anthony Delpech rides Maggie Muggins, who although tending to be unreliable, running in and out of the placings could be a force to be reckoned with. All she knows is the Poly, she jumps from a good No 7 draw but will shoulder 60kg – that’s 2kg more than Ledimasprincess.