SPEEDY TYPE. Vous Et Var looks the one to take the Speedsters Stakes over 1000m on the Turf Track at Fairview today.

A useful bunch of sprinters renew rivalry today in the Speedsters Stakes (Non-Black Type) at Fairview and if their last encounter is anything to go by there will be an exciting finish to the 1000m contest.

Vous Et Var was beaten just 0.50 lengths into second by Tevez in a 1200m Pinnacle Stakes last time out and Villa Del Largo was just 0.10 lengths further back in third. The two could be worth taking in Swingers and Exactas.

Alan Greeff-trained Vous Et Var makes the most appeal. He has improved in his last two starts at Fairview. He shouldered 4kg less than Villa Del Largo last time out and will now have a 9.5kg advantage. He appears to be on the up and the drop to 1000m could also be in his favour.

Justin Snaith-trained Villa Del Largo has been running with the best of them and has missed the money just once in his last 15 starts but this eight- year-old will have a tough task with 64kg.

In Race 7, the Jockey Club Stakes (Listed) over 2000m, Snaith saddles consistent Nima, who has run twice at the course for a win and a second. 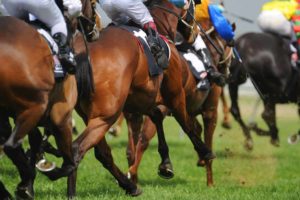