Zackey needs a Miracle to win at Fairview

This four-year-old has shown a liking for the surface, having run twice on the Poly for a third and a victory. 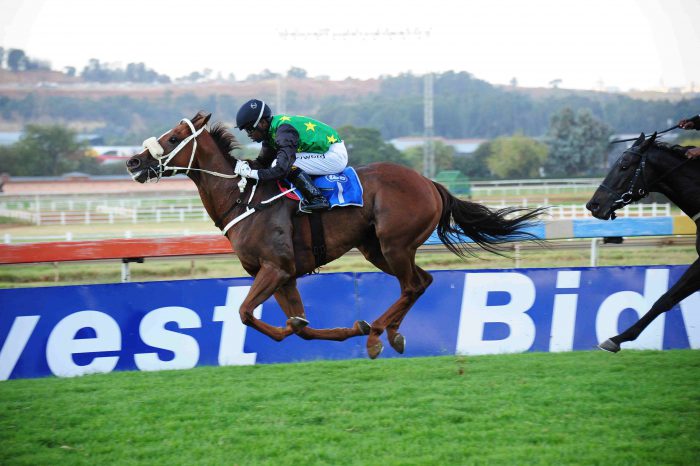 COURSE SUITED. Miracle Bureau has taken a liking to the Polytrack at Fairview and as long as he sees out 1600m, has to be massive contender to win the Founders Trophy today.

Tara Laing-trained Miracle Bureau is yet to run out of the money since setting his hooves in Port Elizabeth and although stepping up in class appears to be on the up and could relish the extra 200m in today’s main event, the Founders Trophy (Non-Black Type) over 1600m on the Fairview Polytrack.

This four-year-old has shown a liking for the surface, having run twice on the Poly for a third and a victory. In his first start at the track he was beaten only 1.05 lengths by Rock Me Var. His win was under Chase Maujean in a 1400m contest.

The manner in which he ran on last time gives on the feeling the step up to 1600m should suit him. Craig Zackey, who has been riding close to seven days a week lately, is in the irons.

Tara Laing’s charge holds Razed In Black on form having defeated him in his last start and is now 1kg better off. There is no doubt 1600m on the Polytrack is Razed In Black’s favourite course and distance as he has a record of three wins and one place from four starts.

Although skilled and jumping from a good No 3 draw, under the current weight conditions expecting a win from Razed In Black could be too much of an ask. Miracle Bureau on the other hand will have to overcome a wider No 6 draw in this seven-horse field.

Stratocruiser, however, is 2kg better off with Miracle Bureau for 1.55 length defeat and should go a lot closer this time.

Trainer Dorrie Sham sends out a two-pronged attack in Race 7, a MR 72 Handicap over 1200m. Although both runners have a chance, it is his speedy Antonius Pius three-year-old gelding Battle Creek who makes the most appeal.

He couldn’t maintain the pace last time out when staying on for second, beaten just 1.25 lengths by Seattle Flame. Much appears to be in Battle Creek’s favour: he jumps from No 1 draw and will carry a modest 50kg. Stable companion Trap Lord ran a cracker last time and should be right there.