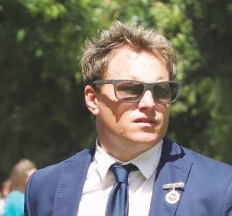 South African trainers’ log-leader Justin Snaith believes he will have a good day at Durbanville on Saturday with Gimme Six a warm order in the R250,000 World Sports Betting Diana Stakes over 1400m and The Boston Rose strongly fancied to make big improvement on her debut in Race 1.

“Gimme Six is doing very well,” said Snaith yesterday. “It’s early in the season and she’s only been on the grass once, but her gallop was very impressive and I’m very happy with her. She loves the 1400m and she’ll be the filly to beat in the race, in my opinion.”

Gimme Six is likely to start a warm order in the Grade 3 Diana Stakes, run at weight-for-age plus penalties. This Gimmethegreen- light lfily enjoyed a great winter campaign in Durban, winning the Fillies Guineas at Greyville before finishing a close second to Lady Of The House in the Grade 1 Woolavington 2000 and then running fourth behind now retired stablemate Bela-Bela in the Grade 1 Garden Province Stakes over 1600m.

She has beaten Final Judgement, the horse likely to start second favourite, twice in the past and her connections are expecting her to con rm the form.

The one horse in this eld who has beaten her home before is year-older Captain’s Flame, but that was in the Prix du Cap over 1400m at Kenilworth and Gimme Six probably ran a slightly at race in her second outing after a two-month break that day.

Snaith will eld Copper Force in the colts’ equivalent, the R250,000 World Sports Be ing Matchem Stakes, but is not expecting reworks from the Royal

Air Force gelding. “We’ll have to drop him out from a wide draw and he will need a little bit of luck in running,” said Snaith, who always believed his charge would be be er as a four- year-old and admits he has “furnished nicely”.

He added: “As we all know, 1400m is a distance where draws play a big part and with the widest stall he’ll need things to go his way. I don’t see some of those better horses stopping.

“But this race will give us an idea about how he has taken the jump from three to four – it’s the biggest jump they make in their careers. He hasn’t had much time from the Durban season but he’s doing nicely and looks great.”

Three-year-old Silvano filly The Boston Rose made her debut last month, staying on well for a five-length eighth behind Wings Of Honour over 1000m at Kenilworth. She drifted in the be ing that day, but has obviously made good improvement with that experience and Snaith’s confidence must be noted.

“I’ve got a nice card of runners. It should be a great day … at least until the rugby starts!” he said.