The three-year-old Mike de Kock-trained Trippi colt made his debut in a 1000m race on the Inside track here last month. 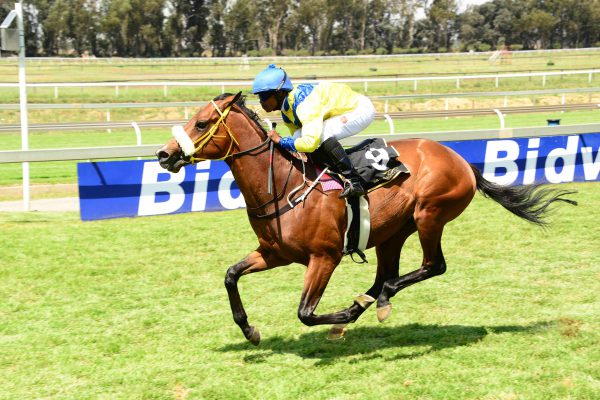 Mawsoof has won both his starts to date with authority and there is every reason to suppose he has not finished improving, so he looks the right one in Race 6 on the Vaal outside track today.

The three-year-old Mike de Kock-trained Trippi colt made his debut in a 1000m race on the Inside track here last month. He made a respiratory noise in running but still bounded away to beat Ragnarok by 4.75 lengths.

That was not the strongest of fields, but he started favourite again in his second career start and again made no mistakes, showing he had benefited from that first experience by leading much further out and coasting to a 2.75-length win over Rebel Renegade on the Vaal Classic track. Again, that 1000m field was not that strong, but Mawsoof did enough to coin a six-point hike in the merit ratings from the handicappers.

He’s going over 200m further and meeting a stronger field in this MR 83 Handicap over 1200m, including a stable companion in Mujallad and a few other horses with good recent form in better races.

Mujallad might just not have stayed in the Premiers Champion Stakes in his third-last start, when he stayed on for eighth, 2.85 lengths behind Eyes Wide Open. Then rested, he ran in the 1450m Joburg Spring Challenge on his comeback and tired late to fifth behind Wonderwall.

Back over much shorter and equipped with first-time blinkers last time out, he improved to finish a good third behind feature-race winner Exquisite Touch over 1000m on the Inside track here.

He gives 4kg to his stable companion, but will fight out the finish.

Torre Del Oro has finished out of the frame only twice in nine career starts and has a win and two places to show for his three starts following a seven-month rest.

In his comeback he was only just beaten by Cumberland (won again next time) and he went on to beat Airtaxi in an 1160m race at Turffontein in his penultimate start.

He then finished a distant third behind Mujaafy over that course and distance and he should finish in the money again, although he will have to fight off the advances of Arabian Beat and Tokyo Drift.

Arabian Beat led virtually all the way to beat Machismo over this course and distance last time when Last Chirp was a well-beaten fourth. He has a big weight, but could well follow up.

Tokyo Drift is an honest sort and the form of his last race has worked out well. However, it has been some time since he has raced over a journey as short as this and might find the sharper horses have an edge of speed over him.

Suggested bet: Trifecta/Quartet Banker 9 for first, banker 2 for second with the field for third and fourth.